Rapper-and-actor Master P wishes he could travel back in time and prevent Martin Luther King Jr. from being assassinated, because the world had so much more to learn and gain from the American civil rights activist. 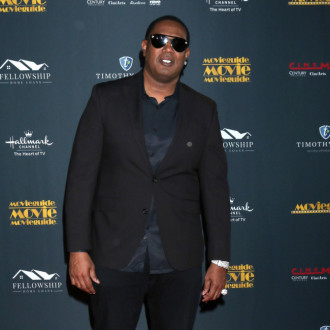 Master P wishes he could travel back in time and prevent Martin Luther King Jr. from being assassinated.

The American civil rights activist - who campaigned for equality for African Americans - was shot dead by James Earl Ray on April 4, 1968, at the age of just 39.

Rapper-and-actor Master P insists King "left too soon" and he wishes he could have got the chance to continue his campaigning and work and realise his dream of reuniting all communities.

When asked what famous historical event he would travel back to and attempt to change if he could, Master P replied: "The Martin Luther King shooting. I feel he left too soon. I feel like that guy was on to something incredible. I have so much respect for him, and sometimes I imagine what would have happened if somebody had told him not to go to that hotel. He didn’t have that much security with him, and it just didn’t seem right.

"I feel like we just had so much more to learn from him. This guy was nonviolent, and he wanted to bring people together: blacks, whites, Asians, Latinos… I’ve never seen a person like that.

"I’m not saying he was perfect, because nobody is perfect, but it’s what he stood for when he brought people together. It’s the reason why we are able to have our freedom today and be able to work with each other, and not be judged by colour. I think that is what I would want to be a part of."

Master P - who has released 15 studio albums during his music career - admits it was an honour when Tupac, who was shot dead in September 1996 at the age of 25, started to appreciate his songs.

Speaking on the Allison Interviews Podcast, he said: "At first, he didn’t understand it. Then they started seeing as we are getting into some of the southern markets, how people were gravitating to my music. They started listening and saying, 'This is alright.'

"In the end, Tupac really started liking my music, and that was a blessing, because he was the biggest star in the world of hip hop at the time. To have him jamming to my music, I knew I was on my way."

Listen to the full conversation with Master P and filmmaker, LazRael Lison, on the Allison Interviews Podcast on Apple Podcasts and Spotify. You can follow Allison Kugel on Instagram @theallisonkugel and at allisoninterviews.com.