Master P's Estranged Wife Has Dragged The Couple's Son Romeo Miller Into A Bitter Divorce Battle By Alleging The Hip-hop Veteran Is Using The 26 Year Old To Hide His Assets. 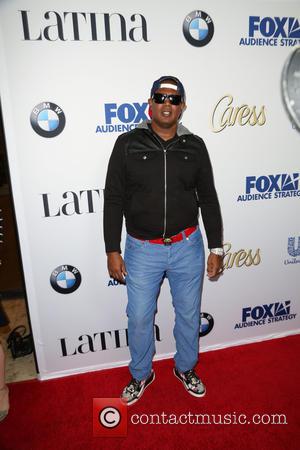 Sonya Miller filed to end her 24-year marriage to the Make 'Em Say Uhh! hitmaker a year ago (Oct14), and the split has since turned nasty, with the former couple also fighting over custody of its minor children.

She recently filed a request for spousal support to cover her expenses while she thrashes out a divorce agreement with her estranged husband, and now she is taking their rapper/actor son to court, too.

In new legal papers, Sonya accuses her ex of using Romeo as an unwitting pawn to protect his money by allegedly placing him in charge of various projects, preventing his mother from trying to claim a slice of the profits.

She highlights the No Limit Forever label Master P started with Romeo in 2010, insisting the company is essentially the same as the successful No Limit Records the former couple launched in the 1990s. However, as their son is listed as founder and owner, she is unable to make any legal bid for a share of the funds.

Sonya also alleges the music veteran received $750,000 (£468,750) for the first season of his U.S. reality show Master P's Family Empire, but added Romeo to the payroll to reportedly reduce the amount he stores in his bank account, according to TMZ.com.

Master P and Romeo, the eldest of nine kids, have yet to respond to the lawsuit.

At the time of the original divorce filing, Sonya demanded a huge $67 million (£41.88 million) chunk of the rapper's fortune, which she estimated to be around $178 million (£111.25 million) - and Romeo wasn't too impressed with the money grab.