Rapper Master P Is Hitting Back At His Estranged Wife After She Accused Him Of Trying To Ban Her From Her California Home, Insisting He Is Only Trying To Keep The Environment Safe For Their Children. 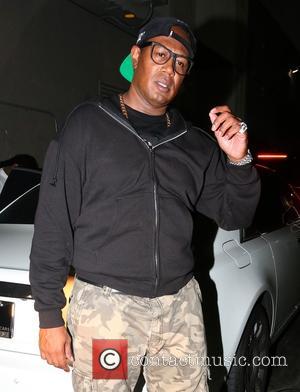 Sonya Miller filed for divorce from the Make 'Em Say Uhh! hitmaker in October (14) after 24 years of marriage and the former couple has since been locked in a bitter dispute over custody of its children.

Earlier this week (begs31Aug15), Sonya accused the entertainer of recently hiring security guards to block her from entering the Calabasas, California mansion she and their kids call home, while she also alleged her ex threatened to stop paying rent on the property and have her car repossessed after cutting off the pad's cable TV and her cell phone service.

Master P has now issued a public response, insisting he is taking care of his responsibilities amid claims Sonya is failing to provide proper care for their underage child.

In the statement, he writes, "My priority is to provide a safe environment for my family. She's a grown woman and she's free to do whatever she wants outside of the home. But I'm not going to allow access to her boyfriend and partying friends to come over and sleep where my kids are. She's barely there, she doesn't even take my kids to school and my 16 year old failed all of her classes last year under her mother's lack of guidance...

"This is all a publicity stunt. I'm not feeding into her games. She needs to get focused on being a better mother to her kids and stop partying with her friends. My family lives in a safe guard gated community in Calabasas, where visitors are documented. These records will be furnished to the courts to show the heavy traffic and penalties that I have had to pay for all the crazy parties she's been having throughout the years."

Master P goes on to blast Sonya as "selfish, ungrateful and irresponsible", and urges her to get a job "instead of waiting for me to give her more money for her extra curricular activities", after she asked a judge to order the star to hand over some cash for child and spousal support to cover the costs of their family's lifestyle while they work out their divorce settlement.

He adds, "I'm just fed up with the extra BS (bulls**t). I have a lifetime commitment to my kids, I will always take care of my family and I wish the best for her, she's the mother of my kids."