Review of Live with me Single by Massive Attack 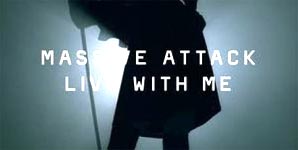 Ok then… Massive Attack. They put Bristol on the map back in the day for pioneering the Trip Hop movement. Well so much has happened in music since then, but that doesn't reflect in the music they're making today. This sounds like something Rob D would have made for his 'Furious Angels' album that was released over four years ago. Such a shame. With tracks like 'Unfinished Sympathy' and 'Teardrop' under their belts, they really should be producing better than this. This is a good sound, it's just not theirs. If you can't already tell, I'm disappointed. My Nan could make this with reason and 5 hours to spare.