Dutch electronic duo Mason's new single, 'Little Angel' is out now. Taken from their debut album , 'They Are Among Us', released through the label 'Animal Language', the single features the vocals of UK singer Aqualung, also known as Matthew Hales.

The video for Little Angel is directed by the acclaimed Los Angeles director Nicholas Peterson. Shot in stop motion animation and featuring puppets, the story tells of a reluctant bride who is mistreated by her husband.

Dutch producers Iason Chronis and Coen Berrier make up Mason. Their most famous hit in the UK was 'Perfect (Exceeder)'; a mashup of their 2006 single 'Exceeder' and US rapper Princess Superstar's 2005 single, 'Perfect'. Their new single, Little Angel, has already received radio airplay from BBC Radio 1, KISS 100 and Capital FM and has garnered support from DJs such as DJ Hell and Dave Seamen, among others.

London based singer Aqualung is most famous for his 2002 debut single, 'Strange and Beautiful', which peaked at number 7 in the UK Singles Chart after being featured in an advert for the new Volkswagen Beetle. Aqualung's songs have been featured in several popular TV shows, including 'Lie to Me'; 'Gossip Girl' and 'One Tree Hill'. 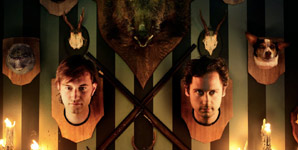