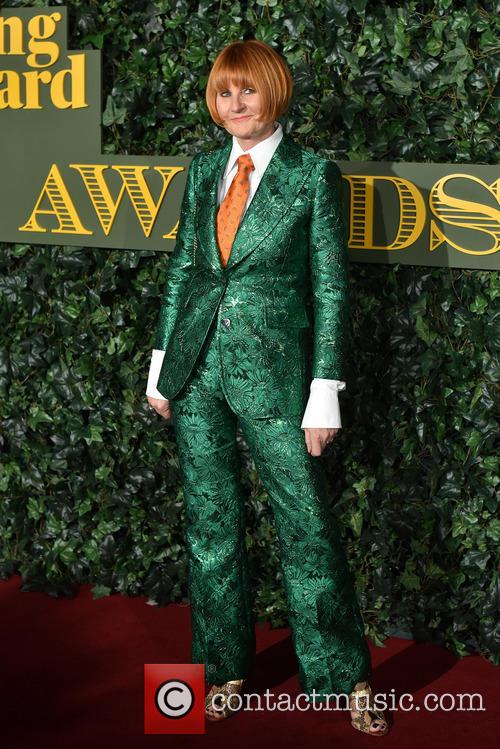 Mary Portas - Famous faces donate children's clothes in aid of Save the Children's 'Fashion Saves Lives' Sale hosted by supermodel Erin O'Connor and fashion guru Mary Portas. Erin O'Connor, Mary Portas, Kate Moss, Jade Jagger, Melanie C, Fearne Cotton, Stanley Tucci and Penny Lancaster are among the famous faces who have donated clothes to the Fashion Saves Lives sale to raise money for Save the Children to help prevent 17,000 children dying every day from easily preventable causes such as pneumonia and malaria. Other famous donors include Rachel Stevens, JB Gill, Nick Frost, Ozwald Boateng, Alex Gerrard, Sam Bailey and Jo Joyner. Hosted by Save the Children ambassadors Erin O'Connor and Mary Portas, the Fashion Saves Lives sale will be held exclusively on the Mary's Living & Giving eBay Shop (www.savethechildren.org.uk/fashionsaveslives) for a ten day period from 18th - 28th June. The collection already boasts amazing donations including; a collection of Petit Tribe items from Erin O'Connor including a matching shirt and bib and yellow cashmere blanket and a Mini Boden t-shirt and The Little White Company baby grow from Mary Portas. With children's fashion pieces being donated daily from high end fashion brands, designers and celebrities, the charity will exclusively announce bespoke a-lister collections, showcasing unique children's pieces via the online eBay Shop, throughout the ten day sale period Mary Portas said: "By buying a pre-loved item from the Mary's Living & Giving's eBay Shop you not only give the clothes a new lease of life but you also help save the lives of children who are needlessly dying from preventable causes like pneumonia or malaria" Erin O'Connor said: "I am extremely proud to be hosting such an amazing collection of fashionable donations with Mary and the team at Save the Children. By purchasing a pre-loved piece for your child, you can help ensure that other children around the world have the chance to live a hea - London, United Kingdom - Tuesday 16th June 2015 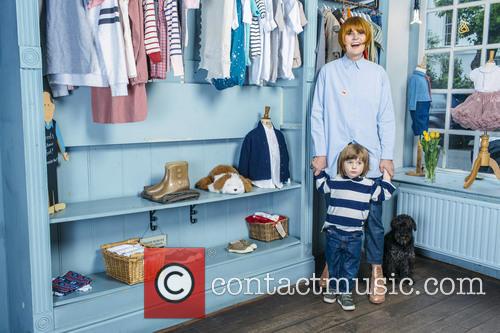 Mary's Jobs For Life - What Will The Unemployed Youth Make Of Mary Portas' New Show?

Retail guru turns her attentions to getting the over 65s back to work.

You can’t help wondering what the millions of unemployed youth in Britain are going to make of Mary Portas’ latest show. In Mary’s Jobs For Life, the retail guru and TV personality Mary Portas acts as an advocate for OAPs and sets out to demonstrate that UK industry is lacking the skills and experience that only OAPs can bring to the workplace.

Channel 4’s Commissioning Editor Rich Evans told The Telegraph “I can’t wait to see Mary bring the agency to life in her own, inimitable style. She passionately wants to give the older generation the opportunity to go on providing the services and skills sadly lacking in today’s marketplace.” We’re sure she’s got a point but it’s safe to say that Mary’s Jobs For Life has the potential to spark some serious discussion, in a country with such huge unemployment rates and increasing numbers of young people making use of food banks, as they struggle to feed themselves on the benefits they receive.

Having worked her retail magic in her previous Channel 4 series Secret Shopper and Mary’s Bottom Line, Mary’s new series aims to turn her hand to the recruitment of over-65s and trying to utilize their skills and experience in order to get them back to work. The show is due to be aired later in the year and is being made by Plum Pictures.

Having not had a particularly prolific career in the spotlight prior to The Great British Bake-Off, the show really propelled Paul Hollywood's career and his popularity has now surmounted in a battle between Channel 4 and the BBC for his contract. Hollywood eventually chose the BBC over Channel 4, unlike Mary Portas, Hilary Devey and Jimmy Doherty who have all been given shows on C4 or one of its subsidiaries.

Hollywood's new contract with the BBC is reported by Metro to be around the £300k mark. It's not only the financial promise that makes the BBC the right decision, but judging by Channel 4 converts it's likely that his career wouldn't fly; Doherty's show was relegated to More4 and Portas and Devey's show had terrible ratings. Hollywood's new contract with the BBC includes not only a fourth series of the record breaking bakery show, which is co-judged with Mary Berry, but also his own show, flamboyantly named 'Paul Hollywood's Bread'.

When discussing this new show, he expressed his eagerness but also revealed the perils and health risks of bread-making: “I've been all over the country looking into the history of bread. I ended up concentrating on bread [in my career] because it was one of the hardest things to master. You're harnessing an animal – yeast... When you're manipulating and kneading the dough, it's such a release of stress. I'm paying for it now because I've got big problems with my neck and carpal tunnel syndrome in both my wrists.'