It’s a Great British Tragedy. The BBC has lost the rights to its flagship show, The Great British Bake Off as ITV looks set to swoop in to take over the incredibly popular programme. It has been revealed that the current series will be the last with the corporation after the makers behind the programme broke off talks to renew the contract. 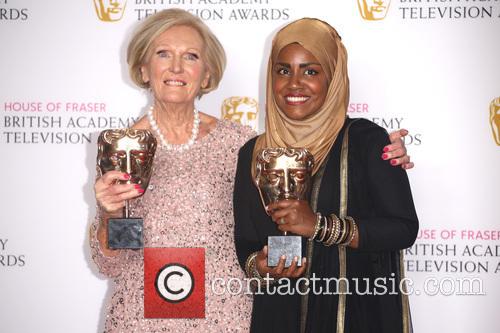 Will Mary Berry make the switch to ITV too?

It’s a blow for the BBC as Bake Off continues to be one of its most popular shows and a blow for fans who love the BBC Bake Off’s combination of innuendos, tension, presenting hilarity and picking judging.

Love Productions, which makes the show, confirmed it had been "unable to reach an agreement on terms to renew the commission of the Great British Bake Off".

Negotiations for the BBC’s commissioning of the show have dragged on for more than a year and it looks likely ITV will its next destination.

The Telegraph has revealed the email Love Productions sent to all staff confirming the news.

It read: "We are writing to let you all know that, with deep regret, after more than a year of exhaustive negotiations we have been unable to reach an agreement with the BBC for the renewal of The Great British Bake Off.

MORE: Bake Off Controversy As It's Revealed One Contestant Has Had Professional Training

"We feel it is very important to let you all know as soon as possible because there has been a lot of inaccurate reporting in the media about the negotiations and we want you to be aware of the main facts.

"We are really saddened by this outcome because we always wanted to stay on the BBC. As recently as June we were convinced that was what would happen. This has never been about who might write the biggest cheque, but about where we can find the best home for Bake Off.

"Unfortunately we were unable to agree either a fair valuation, and nor were the BBC able to provide the necessary comfort for the future protection of such a distinctive and much-loved television series."