The Return Of 'The Great British Bake Off' Attracts Millions, Once More

At its peak, 7.9 million viewers were watching the return of GBBO for its fifth series.

'The Great British Bake Off' has returned to the nation’s screens and, judging by the popular reception to the fifth series, there’s no sign of baking fatigue.

It's back: 'The Great British Bake Off' attracted over 7 million viewers for the first episode of the fifth series

Having moved from BBC Two to BBC One, the first episode recorded an average of 7.2 million viewers. It took a 34.6% share of its timeslot, beating all other programming hands down. The figure is also up on last year’s maiden episode, which attracted 5.6 million.

Obviously the first episode meant that one of the twelve contestants had to be the one to bite the dust and be eliminated, and the unfortunate person was Claire Goodwin. The speech therapist bowed out after her entry in the Swiss roll challenge didn’t impress the judges Paul Hollywood and Mary Berry. "I'm just really disappointed with myself", Goodwin said afterwards. "I don't know why I'm crying over cake".

MORE: The Great British Bake Off names its contestants for 2014

Some people have claimed that the GBBO has selected its contestants based on personality rather than talent, citing the fact that a builder and the show’s oldest and youngest contestants yet are featured in this edition. Missing the point a bit – they’re meant to be amateurs, surely? For the most part, the first instalment of the new series got positive critical reviews as well.

The Daily Mail’s TV critic Jim Shelley said it was “instantly addictive as ever, like catnip for the middle-classes, the cake equivalent of crack". But GBBO’s presenters Mel Giedroyc and Sue Perkins were panned for their "their endless innuendos about buns, nuts and muffins” by The Telegraph’s Sarah Rainey.

Next week’s programme will focus on biscuits. That’s possibly the first time anybody’s ever written that sentence. 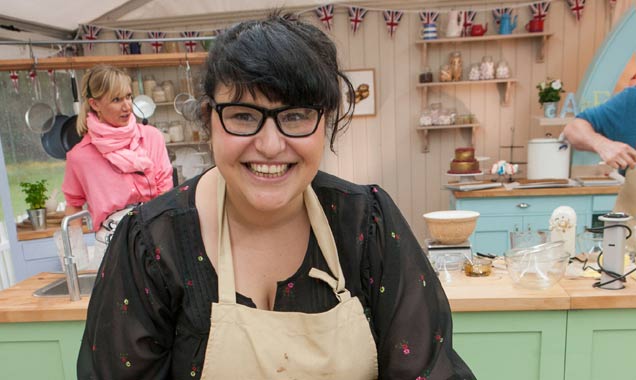