Rumours of a 'Bake Off' romance are dismissed by both parties.

He may have had her buns in his mouth but there is reportedly nothing going on between the Great British Bake Off judge Paul Hollywood and the bakery contest's favourite to win, Ruby Tandoh. Gossip began to bubble up after some perceived flirting between the student and the chef nicknamed 'The Silverback,' who has just separated from his wife.

Has 'The Silverback' Picked Himself A Mate?

Now that newly-separated Paul Hollywood's back on the meat market, rumours are abound as to any potential Bake Off romances that may have been sparked between the judge and this season's candidates. In an interview with UCL's student newspaper The Tab, Ruby laughed off rumours that there was something going on between her and the 47 year-old judge.

Though she didn't deny any flirting per say, replying "Yeah sometimes we were a bit naughty as well" to the question "Was it a bit like being at school with teachers?" then teasing "I can't say!" when probed further; when confronted by Paul Hollywood's apparent sex icon status she ruled "No, not for me." Can You See Her? She's On The Left, Third From The Back.

"Not my thing, you know, for other people maybe that's what they go for. He's a genuinely nice guy, he really is, and actually I quite like his style of baking as well because he's really into bread and it's something I enjoy," she said, adding "I wouldn't say pleasantly surprised, but obviously he's nicer than he comes across because he has to play the bad cop on screen, but off screen he's lovely."

Although former model Ruby has emerged as a favourite on the show, her shaky beginnings and sullen manner made her the butt of many jokes until she finally pulled herself together and excelled herself with some amazing sweet dough buns the other week. Though her current philosophy degree is regularly mentioned on the show, Ruby also revealed that the discipline would go no further than her university days: "I've got no intention of carrying on philosophy longer than my degree [...] it's not going to happen. I'd really like to work in food, that would be nice." 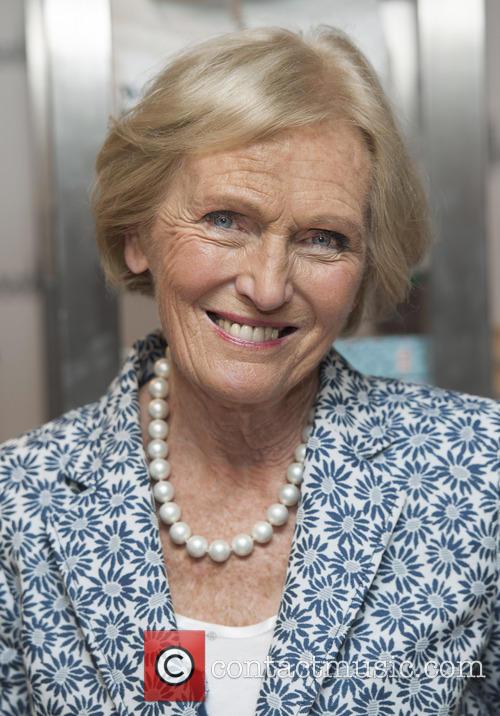 She spoke of the "enigma"-like presence of other judge Mary Berry throughout the process. Describing Berry as "so lovely, genuinely lovely, obviously everyone wants her to be their nan, she's wonderful, so supportive," Ruby added "Actually she surprises you sometimes. There was one point that she told Sue that she'd been to Pacha in Ibiza, the superclub [...] She's an enigma. I don't really understand what she does in her spare time."

Meanwhile Paul has apparently earned himself the status of 'bear' within gay culture; i.e. a large and masculine figure. He split from his wife after allegedly developing a "close friendship" with 35-year-old Marcela Valladolid, his co-star on the American version of the TV baking competition, according to The Express.

The Great British Bake Off will return on Tuesday night at 9pm on BBC2.