While the TV cook predicted that 'Bake Off' would be "different" on Channel 4, she has every faith that Paul Hollywood will do a good job.

After her huge decision not to follow ‘The Great British Bake Off’ to Channel 4 next year, the show’s popular judge Mary Berry has spoken about what she thinks for its future away from the BBC.

Last week, the 81 year old announced that she was bowing out as ‘Bake Off’s head judge out of “loyalty” to the BBC and the years of massive ratings success that show has enjoyed there over the last half a decade. 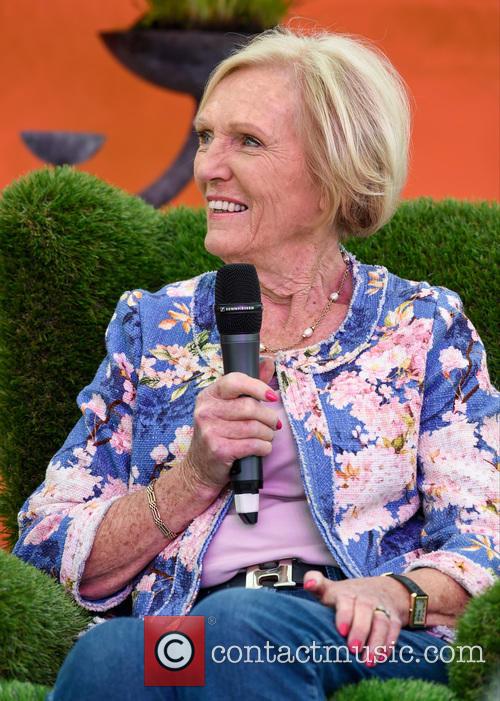 The week before that, the show’s presenters Sue Perkins and Mel Giedroyc both revealed that they would not be moving to Channel 4, days after the network had concluded a rumoured £75 million three-year deal with Love Productions to take ‘Bake Off’ away from the BBC.

It means that Berry’s fellow judge, Paul Hollywood, is the only one of the regular foursome who present ‘Bake Off’ on the BBC who’ll be there when it returns in 2017. Most of the show’s fans are deeply uncertain about what it will be like on its new home, but Berry has full faith that Hollywood will make it succeed.

More: Mary Berry might be leaving ‘Bake Off’, but she has no plans to retire just yet

“It’s going to be different but I’m sure Paul will carry it on successfully,” she told The Sun on Thursday night (September 29th) at the National Reality TV Awards.

According to some reports, Berry turned down as much as £7 million from Channel 4 to make the move to its new home – a significant pay rise on the £500,000 per year she makes presenting it on the BBC.

“Mel and Sue are brilliant and we had a marvellous time on the programme and that’s how it will remain. You’ll never hear people swear. It’s a family programme. Mum, gran, everyone enjoys it and they all get down to baking afterwards. I’m proud of everyone. It gets 14 million – more than the football!”

Berry scooped the prize for Best Television Chef later on in the evening at the awards show.