Berry will be presenting a new six-part series called 'Foolproof Cooking', headed for BBC2 at some point in 2016.

Mary Berry will be attempting to recovery from her American TV disappointment with a brand new baking show back in Britain, with a six-part series entitled ‘Foolproof Cooking’ in the pipeline for early next year.

Last week, it was rumoured that the 80 year old broadcaster’s new Stateside show ‘The Great Holiday Baking Show’ would be soon facing the axe, as ratings showed that it lost roughly a million viewers in the space of a few weeks. 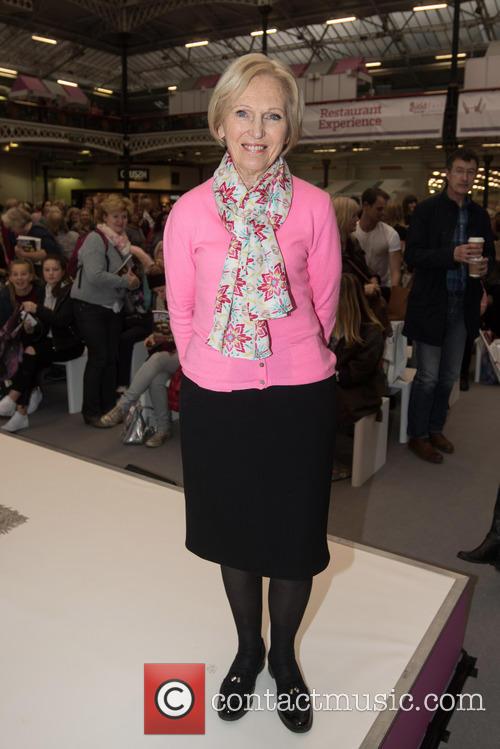 But back in her homeland, ‘The Great British Bake Off’ continues to be a steamroller in terms of viewing figures, with the latest sixth season’s final episode ranking as the most-watched television programme of 2015. Berry will be hoping to continue this massive success with her new series, due to be broadcast on BBC2 on dates yet to be confirmed. It’ll be made with the aim of showing viewers the tricks to throwing great dinner parties with recipes “guaranteed to help in any culinary situation”.

More: The BBC could face £20 million battle to keep ‘The Great British Bake Off’

A spokesman for the BBC said on Monday (December 21st): “From feeding the family to impressing friends, from busy days when time is scarce to finding comfort on those more gloomy days, Mary has the perfect trusted recipe that will never let you down.”

Berry has authored over 70 cookbooks in her career, and found widespread exposure on ‘GBBO’ when it launched in 2010. “The series will show fabulous recipes and technical tips to please the novice and the expert cook alike, as well as sharing some of Mary’s memories of her life, family and friends," the statement continued.

Tom Edwards, BBC2’s commissioning editor, added: “Mary is one of the ultimate icons of cookery programming and it's a delight to serve her latest offering to a BBC Two audience. This series connects with something that is essential to Mary - delicious food, made foolproof.”