Marvin Humes has admitted it felt surreal being back in JLS at first.

Marvin Humes has admitted it felt "strange" being back in JLS at first.

The boy band - also comprising Aston Merrygold, J.B. Gill and Oritse Williams - have reunited after an eight-year hiatus and will embark on their much-delayed tour in October, and Marvin has admitted it felt bizarre being back in "JLS mode" again.

Asked if he's excited about the band's upcoming reunion shows, he told The Mirror Online: "Yes, 100%. We had a little taste last February when we announced the tour. It was strange being back in JLS mode, but lovely to be with the boys and see the fans again."

The 'Beat Again' hitmakers are also set to release new music after signing a deal with BMG.

And J.B. recently revealed he has been testing out their tunes on his cows.

The singer-and-farmer claimed his cattle on his family farm in Kent, South East England, will moo at him if they like what they are listening to.

He said: "We are working on new material and I do play our songs, especially the new songs, to them.

"I play them the songs that might be potential singles or potential album tracks.

"I play them out loud when I'm farming and the animals get a blast of the songs.

"If I sit there and study them, they make noises if they like the tracks."

Of their plans for new music and joining the major label, Oritse shared in March: "We've signed to BMG and when that flame was reignited for making new music, nothing could stop it. We're putting together an album and a couple of singles.

"It feels like the time is right. And whatever this next chapter for us brings, JLS chapter two is very exciting. We get to be musicians and experiment in the studio and figure out what our sound is, because we don’t know what the JLS sound is in 2021." 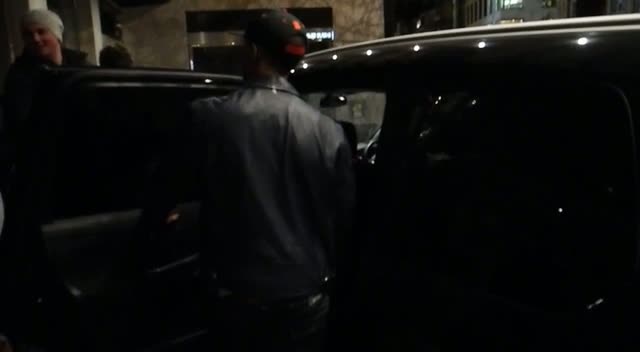