The family of Ed Townsend is claiming that Sheeran copied the "heart" of the 1973 hit for his 2014 song 'Thinking Out Loud'.

Ed Sheeran is now on the receiving end of a second copyright infringement lawsuit. A new case, brought by the songwriter Ed Townsend, contends that Sheeran “copied the ‘heart’” of Marvin Gaye’s 1973 hit ‘Let’s Get It On’ for his smash hit ‘Thinking Out Loud’.

The family of Townsend, who composed and co-wrote the lyrics to Gaye’s hit, filed the lawsuit in federal court in the Southern District of New York on Wednesday (August 10th). He has requested that the case is assessed at a jury trial, and claims that the harmonic, melodic and rhythmical elements distinctive to ‘Let’s Get It On’ formed the central structure of Sheeran’s 2014 hit. 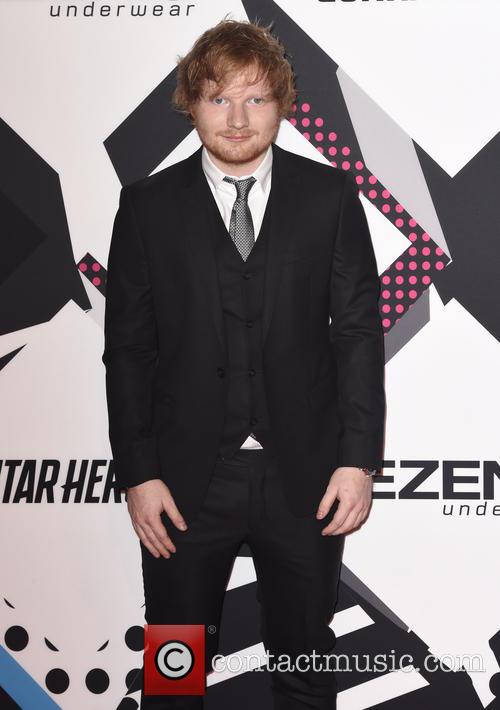 Ed Sheeran is the subject of another copyright lawsuit, this time over 'Thinking Out Loud'

Ed Sheeran has been sued for allegedly copying parts of Marvin Gaye's 'Let's Get It On' song.

Ed Sheeran has been sued for allegedly copying parts of Marvin Gaye's 'Let's Get It On'.

The family of the late Ed Townsend - who co-wrote the 1973 hit track with Gaye - have reportedly filed a copyright infringement lawsuit against the red head, and claim Sheeran's 2014 record 'Thinking Out Loud' was ''strikingly similar'' to the single in Gaye's thirteenth studio album, according to TMZ.

The lawsuit read: ''The defendants copied the 'heart' of 'Let's' and repeated it continuously throughout 'Thinking'.

Continue reading: Ed Sheeran Is Allegedly Being Sued For Copying Marvin Gaye's Let's Get It On

Months after their initial threat of a lawsuit, the estate of Marvin Gaye have made true on their threat against Thicke

Robin Thicke was looking down the barrel of a double lawsuit only a few short months ago, with both Marvin Gaye's family and Bridgeport Music Inc. - who own the rights to the music of Funkadelic/Parliament - threatening to take the singer to court. Both alleged that Thicke had ripped them off with 'Blurred Lines,' with Gaye's estate complaining the mega-popular hit sounds a lot like 'Got to Give It Up,' and Bridgeport comparing it to Funkadelic's 'Sexy Ways.' This week, Gaye's family finally made true on their threat. 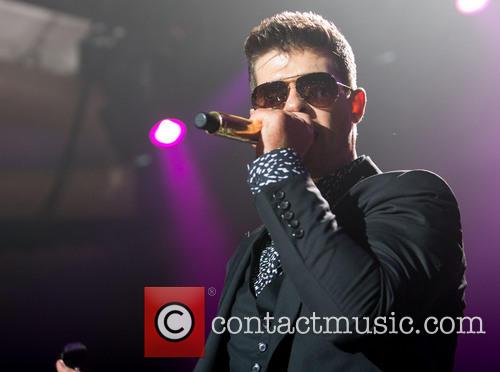 Robin is being taken to court by two of Marvin's children

Two of Marvin's children, Nona Gaye and Frankie Christian Gaye, decided to change their mind over the lawsuit after supposedly hearing Thicke admit to ripping off their dad in order to produce his most popular song to date. According to TMZ, the siblings believe that they have acquired evidence that proves 'Blurred Lines' is just a rip-off, claiming that Thicke admitted to stealing the beat during two separate interviews: one with Billboard and the other with GQ.

Marvin Gaye's family respond to Thicke's lawsuit with vengeance as they target Thicke and his summer hit 'Blurred Lines' as well as the song publisher, EMI.

Marvin Gaye's family are not taking Robin Thicke's lawsuit lying down as they file a countersuit against the singer and his track 'Blurred Lines'.

The suit was filed on Wednesday (Oct 30th) by two of the late singer's children, claiming Thicke stole the summer hit from Gaye's 'Got To Give It Up' as well as committing copyright infringement on Gaye's 'After the Dance' to create his song, 'Love After War'.

By Victoria Pavlova in Music / Festivals on 18 August 2013

While the Gaye family haven't raised an official claim against the singer, he is looking to prevent any disputes.

Robin Thicke and Pharrell Williams have made no qualms about the fact that their summer anthem Blurred Lines was heavily influenced by Marvin Gaye’s Got to Give It Up. So far, neither the Gaye family, nor Bridgeport Music Inc., have raised any official copyright claims based on the song, however Thicke, Williams and collaborator Clifford Harris Jr. (aka T.I.) have filed a preemptive complaint to protect themselves against future disputes. 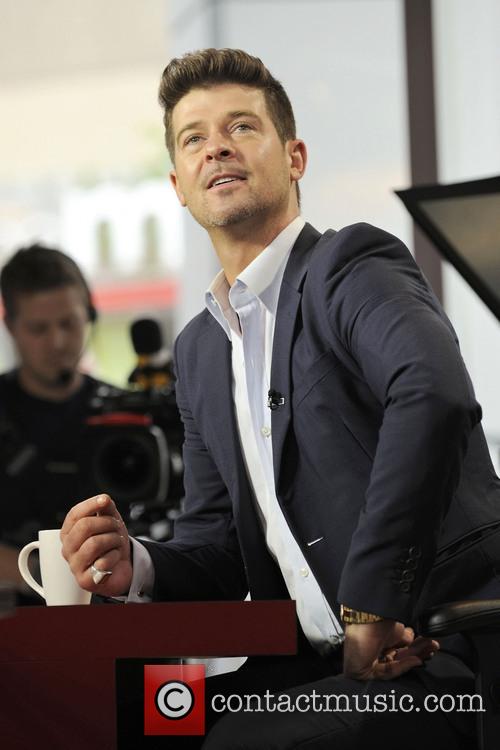 In a preemptive strike, Thicke is taking the case to court himself.

According to the L.A. Times, the creative team has requested that the L.A. Court Judge verify that the song does not violate any copyright restrictions. The complaint states that representatives of the Gaye estate have threatened to sue Thicke and Williams, based on a perceived similarity between Blurred Lines and the Marvin Gaye songs Got to Give It Up and Sexy Ways. Thcke and co. have asked the court to declare that Blurred Lines does not infringe on copyrights just because of said similarity.

Robin Thicke Is Suing Marvin Gaye's Family. Is That Even Legal?

Robin Thicke is suing Marvin Gaye's family, claiming he was threatened and accused of plagiarism over his summer hit 'Blurred Lines.'

In order to protect the song - which will probably turn out to be the biggest of the year - Robin Thicke, Pharrell Williams and Clifford Harris Jr are going to court. A lawsuit filed on Thursday (August 15, 2013) by the trio against Marvin Gaye's family and Bridgeport Music concerned the similarities between 'Blurred Lines' and at least two songs, according to the Hollywood Reporter.

Let us explain. The suit claims that the Gaye family is alleging the controversial song "feels" or "sounds" the same as Marvin's 'Got To Give it Up' and that the "Gaye defendants are claiming ownership of an entire genre, as opposed to a specific work."

Continue reading: Robin Thicke Is Suing Marvin Gaye's Family. Is That Even Legal?

After making the suggestion that he would marry Marvin Gaye's daughter, Prince proposed to the woman who would be his wife for four years.

Singer turned actress, Nona Gaye - known for her appearance in the 'Matrix' sequels - has stated that she was left heartbroken by the musician Prince. The singer/songwriter was 16 years older than Gaye when he suggested that the couple would be married. He then turned around and proposed to his later wife, Mayte Garcia, breaking the heart of Gaye.

The actress discussed the relationship, by saying "I never really knew him, and I never let him really know me. I tried to be this woman I thought he wanted - very passive, letting him lead. He told a friend of mine he was going to marry me and take care of me. I knew I wouldn't get anything better than that from him, so I believed it."

Nona Gaye: The 'legacy' of my father has been upheld