Sheen: 'I Was Asked Not To Come To The White House' 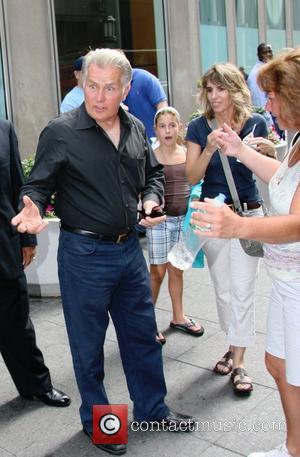 Picture: Martin Sheen signs autographs and pose for fans while leaving Fox Studios after his appearance on 'The Morning Show with Mike and Juliet' New York...

Hollywood legend Martin Sheen was asked not to attend a party at the White House where his West Wing co-stars were invited to meet their real-life counterparts. The 66-year-old actor, who played PRESIDENT JOSIAH BARTLET on the US political drama until it ended in May 06, got on well with Bush's predecessor Bill Clinton, but relations between the TV President and the US government soured when PRESIDENT George W Bush came to power. He reveals, "I adored Mr Clinton. And he was a fan of The West Wing. For a while we were given carte blance at the White House, which ended when Bush got in - ended for me anyway. "When the new administration got into power, all my West Wing colleagues were invited there to meet their counterparts. All except me. I was very relieved about that."