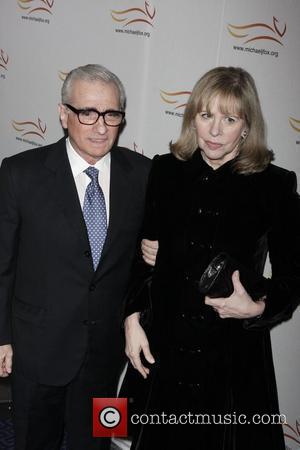 Picture: Martin Scorsese and Helen Scorsese 'A Funny Thing Happened On The Way To Cure Parkinson's' 2008 Benefit For The Michael J. Fox Foundation at the...

Martin Scorsese, whose films about musicians have previously been limited to documentaries ( Shine a Light, No Direction Home, The Last Waltz ), has agreed to direct an as-yet untitled drama about the life of Frank Sinatra for Universal, the studio confirmed Wednesday. It is being executive produced by Sinatra's daughter Tina, which raises questions about the freedom screenwriters will have to deal with such issues as the legendary singer's relationship with Mafia figures, his turbulent associations with Las Vegas casino executives, and his support of left-wing causes in the 1940s, which transitioned to support of right-wing causes (including the Vietnam War) in the '60s and '70s. It has been over a year since Tina Sinatra originally announced that Scorsese would direct a film about her father, and she has presumably been looking for a studio to produce it ever since. Scorsese reportedly is insisting that Leonardo Dicaprio star in the title role. But the director had reportedly once remarked that John Travolta would be ideal to play Sinatra (presumably when Travolta was a lot thinner).