Martin Scorsese's Oscar-nominated film, The Wolf of Wall Street', has surpassed the $300 million at the global box office, thus becoming the director's highest-grossing film ever. 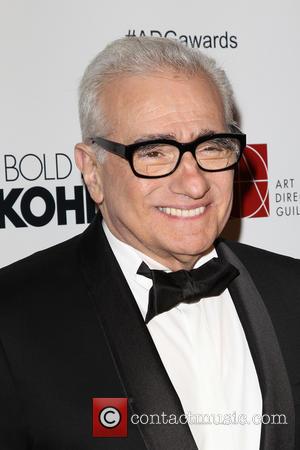 At the ripe old age of 71, Martin Scorsese reaches new heights of success in his prolific career.

The New York born director's newest film 'The Wolf of Wall Street' has just become his highest-grossing film ever at the box office.

The film, based on Jordan Belfort's own memoirs, has also earned $108.1 million in domestic ticket sales.

The Hollywood Reporter notes the movie's strong viewings in the European market as it has achieved north of the $20 million mark in France, Ireland/UK and Germany.

This is a well-deserved victory for the independent film company Red Granite Pictures, who financed the £100 million budget, and Paramount Pictures for disturbing the controversial film in North America.

'Wolf' has also impressed the award voters and film critics as it has already achieved a large amount of success in the movie award season.

DiCaprio has already earned a Golden Globe for 'Best Actor in a Musical or Comedy', and is nominated for the 'Best Actor' award at this year's upcoming Academy-Awards. His co-star Jonah Hill, who plays the equally as corrupt broker Donnie Azoff, has also earned an Oscar nod for Best Supporting Actor.

Watch ther trailer for 'The Wolf of Wall Street' here