'The Hobbit: The Battle of the Five Armies' Is Best in the Trilogy

'The Hobbit: Battle of the Five Armies' will cruise to box-office success this Christmas.

The first reviews of Peter Jackson's final Lord of the Rings movie, The Hobbit: The Battle of the Five Armies, have begun trickling in with the general consensus suggesting this film is the best in the trilogy. 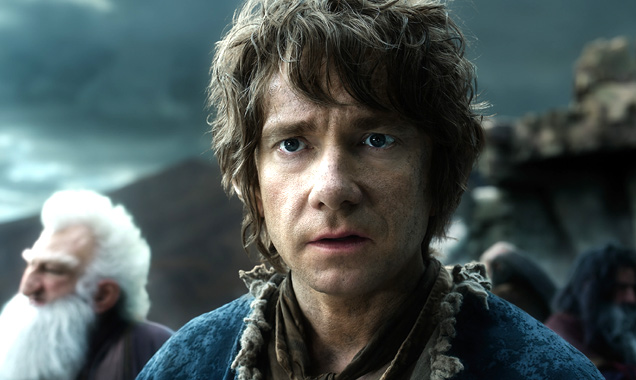 Having reclaimed his homeland from the fearsome Smaug, the Company of Dwarves have unwittingly unleashed a deadly force into the world. Dragon Smaug subsequently rains down his fiery wrath on the people of Lake-town with the Dwarves, Elves and Men forced to decide - unite or be destroyed?

"This film is a fitting cap to an extended series that, if nothing else, has transformed Tolkien's place in the wider culture," wrote Andrew Pulver of the Guardian.

"The result is at once the trilogy's most engrossing episode, its most expeditious (at a comparatively lean 144 minutes) and also itsdarkest - both visually and in terms of the forces that stir in the hearts of men, dwarves and orcs alike," said Scott Foundas of Variety. "These films, and Tolkien's entire oeuvre, are most affecting in their depictions of friendship, and the performances here represent platonic male intimacy in convincing, often moving ways," said Richard Larson of Slant magazine.

"The final chapter proves to be very much of a piece with the trilogy's first two installments: It's robustly entertaining, occasionally affecting, sometimes thrilling, not exactly groundbreaking," said Tim Grierson of Screen International.

At a running time of 3 hours and 25 minutes, Battle of the Five Armies won't pull in any new curious cinemagoers though it should open strongly to its established fan-base. Only Night of the Museum 2 and the recently leaked remake of Annie will stand in its way in the box-office.

Watch the trailer for The Hobbit: Battle of the Five Armies: