Martin Freeman insists he is still ''anonymous'' despite the global box office success of n 'The Hobbit' film series. 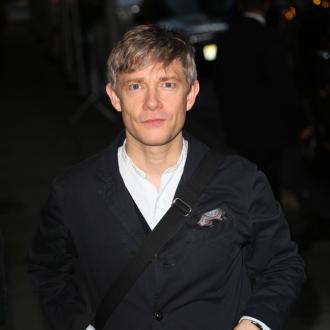 The British actor portrays lead character Bilbo Baggins in 'The Hobbit' film series, and despite its global box office success, he can still go about unrecognised as he doesn't think he is the ''star''.

He SFX magazine: ''I know people who've seen the first film but don't recognise me from it. There's a funny association - I think they think the star of the series is 'Bilbo Baggins'.

''There's a sort of anonymity to it, because it's not about me - and it's not even just about that one character.''

Martin enjoys shooting ''exciting'' scenes - but nothing too ''crazy''.

Asked his favourite from the forthcoming second movie, 'The Hobbit: The Desolation of Smaug', he said: ''The barrels were really good fun actually. I like when things are exciting and could be dangerous... without being crazy.

''But things you have to pay attention to and concentrate on... the barrel sequence was one of those.''