The 43-year-old actor has revealed details about his role in the upcoming Marvel film - set for release next May - and claimed the audience won't know ''whether he's good or bad''.

Martin told Bad Taste: ''He works for the American government. He works in conjunction with the superheroes, and certain agencies that help to tame the superheroes' power, I suppose. So you're not quite sure which side he's on. It looks a little bit like he's playing one game when actually he's playing another.

''It's the kind of character I like because it's ambiguous and because you don't know whether he's good or bad. I like that area that isn't black or white, I like the grays, because I think there's just more fun to be had in not playing one obvious line.''

'Captain America: Civil War' picks up where 'Avengers: Age of Ultron' left off, as Captain America - played by Chris Evans - leads the new team of Avengers in their continued efforts to save the world.

Martin and Chris will be joined in the film - directed by Anthony and Joe Russo - by all the 'Avengers' stars, including Robert Downey Jr, Scarlett Johansson, Paul Bettany, Jeremy Renner and Elizabeth Olsen, as well as Marvel's most recent character 'Ant-Man', played by Paul Rudd.

The eagerly-awaited movie will also see the debut of Marvel's new Spider-Man, played by Tom Holland. 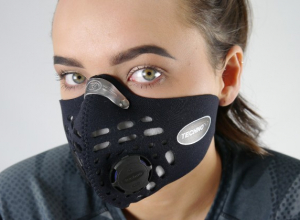