Like his 'Sherlock' co-star, the 42 year-old actor will be heading to a London stage for his first Shakespearean role. 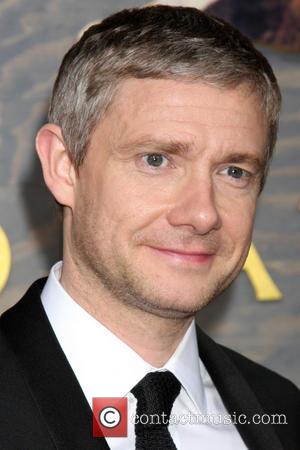 The 42 year-old will play Richard III in his first ever Shakespearean role this coming summer. Freeman will play the Machiavellian King from July until September at Trafalgar Studios in Whitehall, the Daily Mail reports.

The play's director, Jamie Lloyd, is currently casting for other roles in Richard III.

This will be the first play in the second season of Trafalgar Transformed at the theatre, which had a successful run last year with the productions, 'Macbeth', 'The Pride', and the Harold Pinter play 'The Hothouse'.

Freeman last appeared in a stag production in 2010 at the Royal Court when performing in the Bruce Norris play Clybourne Park.

Freeman rose to fame when appearing in Ricky Gervais's mockumentary 'The Office' as disgruntled paper merchant worker Tim Canterbury, before landing a notable role in the rom-com favourite 'love, Actually.'

He has most recently appeared in Peter Jackson's 'The Hobbit: The Desolation of Smaug' and will reprise his role for the third instalment 'There And Back Again.'

Tickets for Richard III are expected to go on sale sometime in the next seven days.

Freeman will be appearing on the stage before his co-star Benedict Cumberbatch, as the 37 year-old is set to play Hamlet in the famed Shakespearean tragedy in 2015.

Cumberbatch will take the stage at London's Barbican Theatre in 2015 from August to October in a 12-week long production, it was announced Wednesday (March 26th).

Lyndsey Turner will direct the Shakespearean play and the highly acclaimed producer Sonia Friedman is also attached to the production.

This will be the first time Cumberbatch has been part of stage production since starring in Danny Boyle's 2011 National Theatre production of 'Frankenstein'.

Tickets for Hamlet are expected to be released in May. 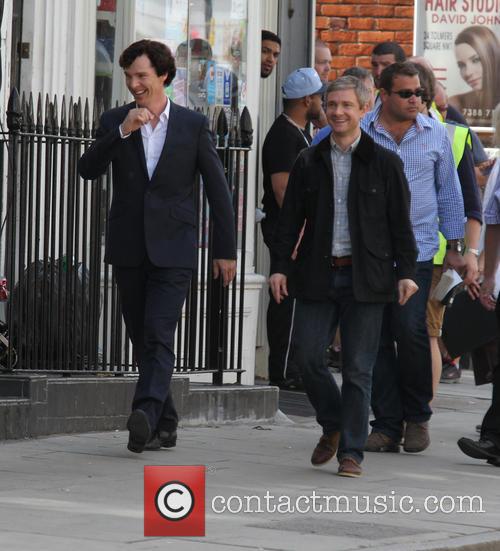 Freeman and Cumberbatch are both hitting a London stage