Mark Millar gives us a clue... but we still have no ideas.

Martin Freeman, the star of The Hobbit, Sherlock and The Office, joined the cast of Captain America: Civil War in an unknown role, according to a statement from studio Marvel. But now it seems there are a few hints floating about the internet. 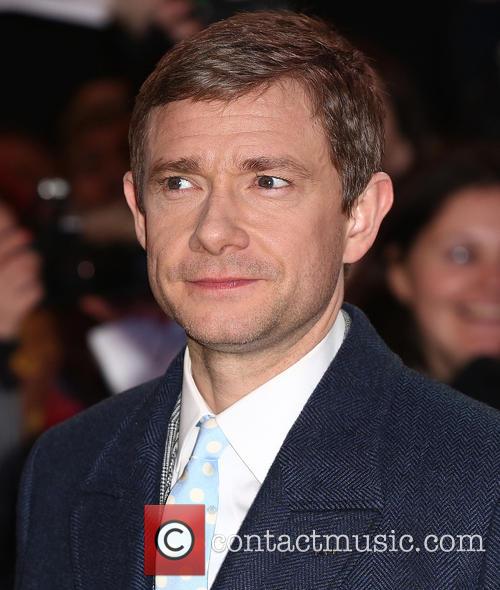 It's not much, but the writer of the original comic Mark Millar has revealed that he knows exactly who he's playing - and it's not a superhero. Or a supervillain. 'I know who he's playing in the film, but I guess it's still a secret', he teased to Radio Times. 'The character is not a super-person, it's somebody who's... well, I don't want to spoil it for anybody but he's not going to be in costume.' We're intrigued, but we still have no fresh ideas.

"From his roles as Bilbo Baggins and Doctor Watson to Tim in The Office, Martin's range from the dramatic to the comedic has consistently impressed us," said Marvel president Kevin Feige upon the initial announcement. "We couldn't be more honored or excited to have such a talented actor join the Marvel Cinematic Universe."

The actor earned one Primetime Emmy Award and a BAFTA for his portrayal of John Watson in Sherlock and was nominated for a Golden Globe for playing Lester Nygaard in Fargo, as well as two Emmys and two BAFTAs.

It's a busy time for Freeman who's currently shooting the war-comedy Fun House with Margot Robbie and Tina Key. He's also committed to the comedy-drama Funny Cow as well as further episodes of Sherlock, which he should be able to complete before Civil War.