Martin Freeman will star in a BBC drama about the holocaust.

Martin Freeman, the star of Sherlock and the Hobbit movies, has signed on for a feature length BBC drama about the 1961 trial of ex-Nazi officer Adolf Eichmann, known as the architect of the Holocaust. 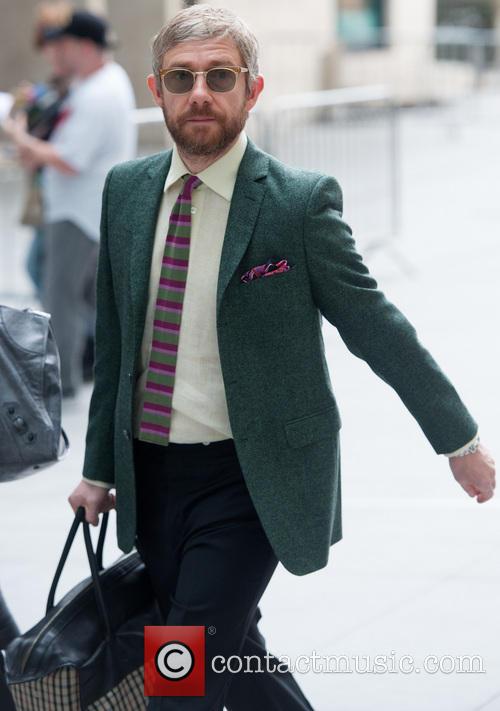 Martin Freeman will star in 'The Eichmann Show'

To mark the 70th anniversary of the liberation of Auschwitz, The Eichmann Show will revisit the infamous trial that was televised around the world. Freeman will play Milton Fruchtman, who produced TV coverage of the trial, while Anthony LaPaglia – known for TV drama Without a Trace – will play the director, Leo Hurwitz.

Elsewhere to mark the anniversary, BBC Two will broadcast a live Holocaust Memorial Day commemoration event, while numerous concentration camp survivors will appear in a series of documentaries.

A BBC One documentary A Story Of Remembrance will feature three women recounting their experiences, while Holocaust: Freddie Knoller's War will focus on a 93-year-old Holocaust survivor. Touched By Auschwitz will analyse the legacy of the infamous concentration camp on the lives of six former prisoners.

BBC director of television Danny Cohen said: “The liberation of the camps is a very significant anniversary which the BBC will mark with a range of thought-provoking programmes”

"On 27 January we honour the survivors of the Holocaust and subsequent genocides and challenge ourselves to learn important lessons from their experiences in order to create a safer, better future."

The Nazis were responsible for killing more than a million people – mostly Jews - at Auschwitz.