Get your first look at the upcoming Marvel flick.

There have been whispers of a live action 'Black Panther' adaptation since the 90s, and now it's finally on its way with Chadwick Boseman in the lead role of T'Challa the leader of the fictitious and mysterious African nation Wakanda. It's the Marvel Cinematic Universe's eighteenth film.

In the first teaser trailer for the forthcoming Marvel film we get our first glimpse of Martin Freeman and Andy Serkis in their respective roles of the Joint Counter Terrorism Center's Everett K. Ross and South African gangster (and the Black Panther's nemesis) Ulysses Klaue or Klaw. Chadwick Boseman plays the titular hero, also known as T'Challa, reprising the role from 2016's 'Captain America: Civil War'. He's returning home to Wakanda - a technologically superior nation whose name is inspired by Kenya's Wakamba tribe - to become the country's new leader. However, there are people standing in his way, not to mention enemies determined to bring the lost nation down, and he is forced to team up with the CIA and Wakanda's own special forces to save it from decimation.

'Black Panther' has been directed by the award-winning Ryan Coogler of 'Creed' and 'Fruitvale Station' fame, marking his third collaboration with actor Michael B. Jordan, who plays one of T'Challa's many adversaries Erik Killmonger in the film. They'll be re-teaming yet again for the forthcoming drama 'Wrong Answer'. Coogler also co-wrote the screenplay alongside the Primetime Emmy nominated Joe Robert Cole best known for his work on 'American Crime Story'.

More stars in the film include Lupita Nyong'o as our lead hero's love interest and ally Nakia, Danai Gurira as her boss Okoye, Angela Bassett as his mother Ramonda and Forest Whitaker as Zuri - an important statesman of Wakanda.

There's rather a lot of artistic license in the movie - such as T'Challa's new love interest. The comic books have him romantically linked with X-Men heroine Storm, but conflicting film interests have prevented this storyline from coming to fruition. 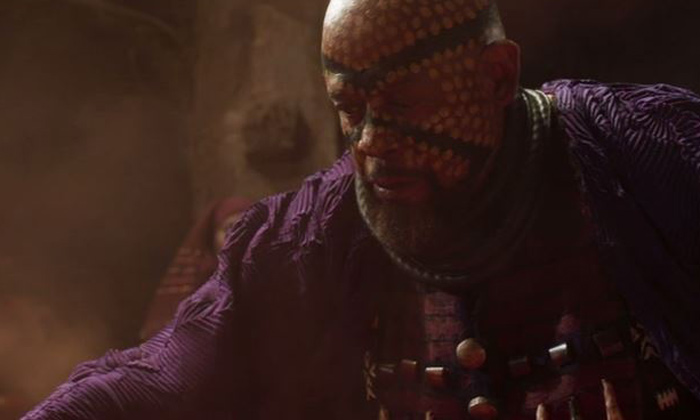 Andy Serkis is the villainous Klaw