'I Am Number Four' screenwriter Marti Noxon says plans for a sequel to the film look to have been shelved for the time being. 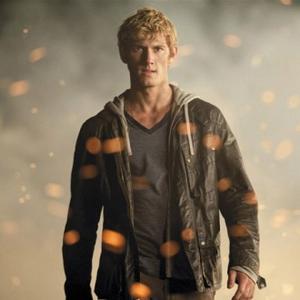 Plans for an 'I Am Number Four' sequel have been "shelved".

Screenwriter Marti Noxon believes a follow-on from the first instalment of the movie - which starred 'Glee' actress Dianna Agron, Alex Pettyfer and Timothy Olyphant -have been put on hold "for now".

She told Collider.com: "I think that that's on the back burner. The last I heard, they were shelving that idea for now. But, you never know. Sometimes the afterlife of movies burns brightly. They can certainly bring it back.

"But, right now, I don't think there's any immediate plans. My only real regret about that is that Number Six was really awesome and I would have liked to have seen a lot more of her. We need another kick-ass girl heroine."

The movie - which is based on the 1980s original - tells the story of a teenager (Anton Yelchin) who tries to take down his neighbour (Colin Farrell) after finding out he is a vampire responsible for a number of deaths.

Marti added: "I really liked the relationships between the characters in the original. I felt like there was a lot to explore there, and I liked that the tone of the original had comedy in it. I thought, for whatever reason, that it just felt right."