What are the best songs from Maroon 5's new album, V?

Whether on the television or in your speakerbox, Adam Levine is pretty much everywhere. He’s been a coach on the singing competition show The Voice for years, and his band Maroon 5 only seems to be getting bigger - but with their new album, V, does it give them the firepower needed in order to create another ‘Moves Like Jagger’? 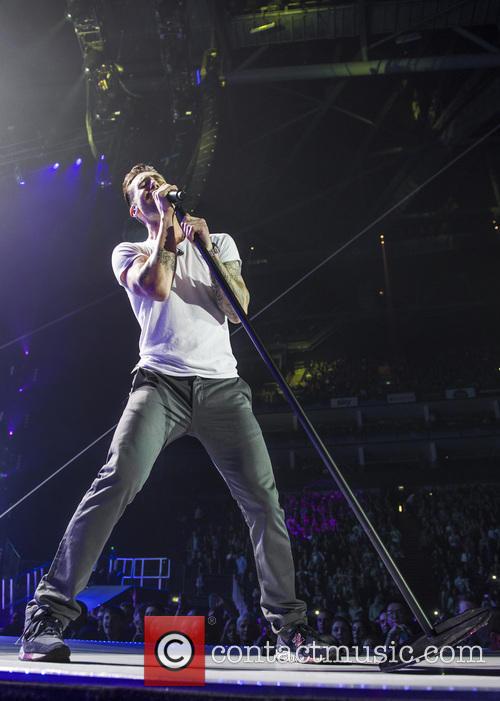 ‘Jagger,’ released in 2011, is far and away Maroon 5’s biggest hit to date, and it’s clear that the group has been trying to find the magic to make an equally successful part two ever since. For the most part, they’ve gotten close, but it just hasn’t been enough. ‘Jagger’ reached number one on Billboard’s Hot 100 and the Mainstream Top 40, with sales that have accumulated over six million units. Who wouldn’t want to re-create those numbers?! Maroon 5’s 2012 record, Overexposed, took the band into a brand new pop-heavy realm that relied strictly on those ‘Jagger’ like tunes, but they always fell short. ‘Payphone’ was the album’s lead single and peaked at number two, while ‘One More Night’ only lasted a little while at number one.

On Maroon 5’s newest record, V, the band has once again worked with a powerhouse production team featuring the likes of Shellback, Ammar Malik, and Benny Blanco, and they’ve expanded even more on their pop sound - but this time, making it a little darker than before. “There was a first batch of songs that seemed like they were darker and maybe a little more organic-sounding,” guitarist James Valentine told Billboard back in July 2013. In the final product, it seems as if Valentine and Levine got back to their darker ways, as some of the tracks on V stray far away from the bubbly upbeat Maroon 5 that we’re used to knowing. As a result, the songwriting and musicianship on V makes it arguably the band’s greatest record to date, and while it may not have a ‘Moves Like Jagger’ on board, it’s worth going over the album’s best tracks.

‘Maps’
‘Maps’ was oddly received when it was released as the first single for V, and the general consensus was that people either loved it or hated it. Of course, ‘Maps’ adds some new elements to the Maroon 5 arsenal, and it’s frantic chorus and Police-like vibes make it obvious as to why it was the first single. Also, a co-write from OneRepublic’s Ryan Tedder probably doesn’t hurt either. The song holds a cool ‘Counting Stars’ vibe, and Tedder’s influence has certainly helped the song rise to number six on the charts.

Next Page: Additional 'V' tracks that are worth the listen