A survey carried out by Songza has found that 50 per cent of people think Maroon 5's 'Moves Like Jagger' makes them ''more productive'' at work. 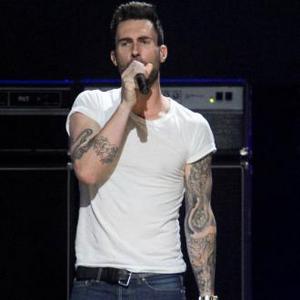 A new study carried out by online music concierge service Songza discovered that half of respondents believe the group's hit single 'Moves Like Jagger' makes them do better at work, while 42 per cent of those surveyed rely on Gotye's 'Somebody I used to Know' to give them an early morning boost.

By contrast, just over a quarter of people claim the 'Glee' cast's cover of Journey's 'Don't Stop Believin'' provokes '' deep feelings of resentment and anger''.

Another aspect of the survey found Americans spend just over a year - 13 months - downloading new tracks and creating playlists - yet 41.7 per cent tire of new playlists after just five minutes.

According to the music preferences of average listeners, different US regions can be assigned different attributes, with those on the West Coast ''highly creative'' and East Coast residents described as ''gentle and diligent at their job.'' Those in the south are perceived as ''more outgoing than diligent'', while those in the Mid West are ''hard working and creative''.

Elias Roman, Songza CEO said:''Regardless of the genre, music has long been an integral part of American culture. We're not surprised to see how tastes, tempos and musical preferences define the characteristics of different regions.''