Quote: "It was time to quell all the exaggerations from all the other books and tell what really happened... 95 per cent of the time I was stuck in a van with those guys, stuck in assigned seats, and you can't jump out the window or anything. So I wanted to tell people what it was really like." Ramones star Marky Ramone on what made him put pen to paper and write his new memoir, Punk Rock Blitzkrieg: My Life as a Ramone.

Fact: Musicians Michael Buble, Nick Jonas and Marky Ramone and actors Tony Danza and Vincent Pastore were among the guests who joined Frank Sinatra's family, friends and fans at his favourite New York restaurant on Friday (12Dec14) to celebrate what would have been the legendary crooner's 99th birthday. The gathering took place at Patsy's and featured a Sinatra covers performance from Steve Maglio and a three-hour satellite radio broadcast, which featured interviews with the icon's kids Frank Sinatra, Jr. and Tina Sinatra, and Buble.

Quote: "I have been approached to use my name in clubs and bars in New York... It's a bar situation/coffee shop... I don't think there will ever be Marky Ramone restaurants but I could see a club maybe in L.A. or New York." Ramones star Marky Ramone is interested in adding his name to a bar franchise.

Quote: "My grandfather was a chef at the Copacabana Club in New York and the 21 Club, so maybe it rubbed off. I thought it was an art form when I used to see him cook for the family." Punk icon Marky Ramone on his cooking skills. The drummer has a successful range of pasta sauces.

Quote: "Every band under the sun has a reunion but in this case there will never be one." Drummer Marky Ramone regrets the fact The Ramones will never reunite now that bandmates Johnny, Joey and DeeDee Ramone have died.

Quote: "I haven't played a club in years but it's good to go back to the little places. It should be an interesting night... I'm gonna do five Ramones songs and I'm gonna play with Lemmy and two other people." Ramones star Marky Ramone is planning a big night out in Los Angeles when he performs at the upcoming Rock Against Ms benefit at the Whisky A Go-Go in Hollywood on 27 March (13). Lemmy and Mark MCGrath are also billed to perform.

Fact: Former Ramones star Marky Ramone has recruited MR. BIG rocker BILLY SHEEHAN and SUGARCULT's MARKO DeSANTIS for an all-star tribute to his punk roots. Ramone, real name Marc Steven Bell, will front the supergroup when it takes to the stage at the Musicians Institute in Los Angeles in October (10) for a tribute to his former band. 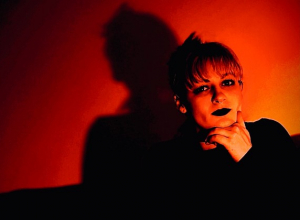