Jamie O'Hara, player-manager of the non-league soccer team, based in Essex, is a big fan of former 'Extra' presenter Mark, 33, and is considering signing him on a pay-as-you-play deal for next season.

A source told The Sun newspaper: ''Jamie has known Mark for a while and has long-admired his ability on the pitch. He played to a decent standard as a youngster and was a professional for a time before focusing on showbiz.

''Now Jamie has offered him a late lifeline back into football.''

Mark - who is married to actress Michelle Keegan, 33 - was a semi-professional footballer before finding TV fame, with a youth career at West Ham United, Arsenal, and Tottenham Hotspur.

And Billericay are hoping his love of football will make up for the £600-a-week deal the club will offer him.

The insider said: ''It won't be a groundbreaking wage but it could see him earning money to play the sport he loves again. And it would make Michelle easily Britain's most glamorous Wag. The locals in Billericay are going to be gobsmacked.

''''Jamie said he was sure he could convince Mark to sign. The club's new owners have also had conversations about him joining and they're hopeful that between them they can get it done.

''They've sold it as a win-win to him as he loves football anyway, so why not earn a few quid for it? 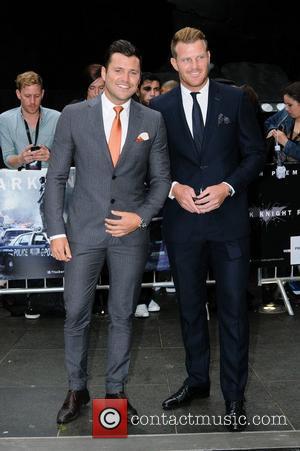