Actor Mark Wahlberg experiences "the best day of his life, and the worst" as he heard the news of his sister's death while celebrating the birth of his first child. 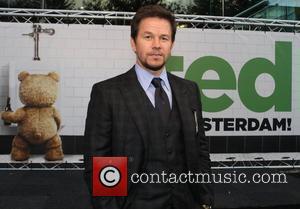 Film star Mark Wahlberg received the news of his sister's death on the same day that his daughter was born. The 'Boogie Nights' star mourned his sister while experiencing the joy of first-time fatherhood.

Wahlberg's sister, Deborah Donnelly-Wahlberg, passed away on 2nd September, 2003, at the age of 43. While being treated for a suspected kidney stone in Boston, Massachusetts, Deborah suffered from a heart-attack while her brother celebrated his daughter's birth.

Mark Wahlberg's daughter, Ella Rae Wahlberg, was born to his long-term girlfriend Rhea Durham. The birth came at four o'clock in the morning in the Cedars-Sinai Medical Centre in Los Angeles. A friend of Wahlberg stated that "It was the best day of his life - and the worst. Every year on the kid's birthday, he'll be reminded of it.''

Watch Mark Wahlberg acting the perfect gent and opening the door for his wife: