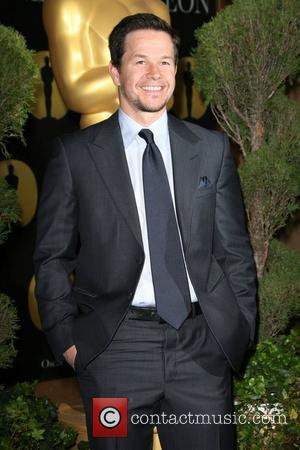 Mark Wahlberg is trying to scare his children off the idea of getting tattoos - the actor made his two eldest witness him undergo laser treatment to have his ink removed.
The star first went under the needle when he was just 11, but the one-time bad boy has since transformed himself into a family man and wants to remove his skin art in a bid to set a good example to his four kids.
He recently said, "I just don't want my kids to think tattoos are cool."
And Wahlberg admits he's taken to more extreme measures to ensure his daughter Ella, seven, and son Michael, three, are well aware of the consequences of getting tattooed.
He says, "I started getting the tattoos removed initially to do The Fighter, because I didn't want make-up to cover them up all the time. First time I got them, they all had meaning to them...
"When I started removing them, they said it'd take five to seven visits. I'd been 20-something times and I took my two oldest to watch because it's like getting burnt with hot baking grease, there's blood coming up, it looks like somebody welded your skin, there's these welts that come up like a quarter of an inch. Hopefully that will deter them from getting (tattoos)."