Mark Wahlberg says his latest movie 'Ted' is like ''Seth Macfarlane on steroids'' because the 'Family Guy' creator ''pushes the envelope'' with the comical content in the movie. 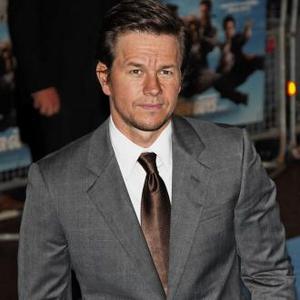 Mark Wahlberg says his latest movie 'Ted' is like ''Seth Macfarlane on steroids''.

The 41-year-old star plays John Bennett - a grown man whose teddy bear comes to life when he is younger and never leaves his side - in the comedy movie, and the actor admits the 'Family Guy' creator, who wrote, produced and stars as the titular character in the film, ''pushes the envelope'' with the motion picture's comical content.

He said: ''I think with 'Ted,' people will not be disappointed, it's like Seth MacFarlane on steroids. It really is. I saw 'Family Guy' and I thought, 'Wow, he's getting away with some of that stuff in a cartoon.'

''But now a feature film, Rated R, he pushes the envelope - there's nobody he doesn't offend either, everyone is fair game. I was down with singing and dancing on something like that.''

While Mark didn't mind singing and dancing in the comedy movie - which also stars brunette beauty Mila Kunis as Lori, John's girlfriend who attempts to get Ted moved out so John can mature - he isn't keen on performing songs and jigging around onscreen usually.

In an interview with FlicksandBits.com, he added: ''Singing and dancing. I hate it. I don't mind it in the shower or singing in the car - I was belting out an Adele song this morning. But, I dunno, it just feels silly. With the film, people love it so what do I know? My judgement is shot.''