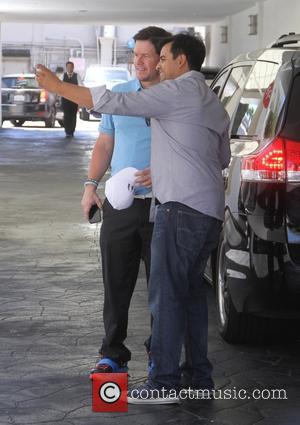 The movie star's Wahlburgers franchise has become such a big hit on the back of a related reality TV series, which features Mark, his chef brother Paul, their mother and various other members of the family, there are big plans to expand.

The Ted star reveals there are already 70 restaurants "under contract" in the U.S. with "various franchisees and deals in different places".

And he tells The Hollywood Reporter, "I think we will have nine or 10 open by the end of the year in places like Fenway Park in Boston and airports in Philly (Philadelphia) and New York. We're opening in Coney Island, Long Island, the (Washington) D.C. area, Las Vegas - and we're looking for locations in L.A.

"We also just made a deal in the Middle East for 20 restaurants."

The Wahlburgers chain has really taken off following the launch of the successful behind-the-scenes TV series at the beginning of 2014.

The original Wahlburgers opened for business in Hingham, Massachusetts in 2011.