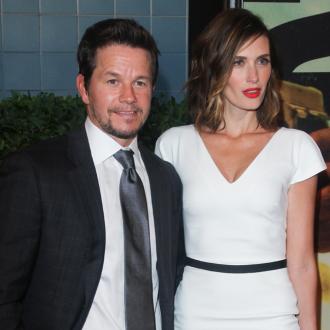 It isn't particularly shocking to discover that Mark Wahlberg's wife is not particularly happy about the sex scenes he is occasionally called on to film. The actor has stated that he now does whatever he can to avoid having to film such scenes, after his wife, Rhea Durham, voiced her concerns to him.

Durham, who is the mother of Wahlberg's four children (Ella, 9, Michael, 7, Brendan, four and Grace, 3), was happy with her husband's performance in '2 Guns', as he didn't even take his shirt off for the role. Wahlberg talked about his '2 Guns' character, stating ''I love that about him. He's constantly trying to be a ladies' man but he never scores ... And my wife prefers it that way. I prefer to stay away from scenes with me and naked women - it doesn't go down too well. ''

Despite his co-star Denzel Washington filming a shirtless scene for the film, Wahlberg joked in a recent interview with Heat magazine the reason he didn't have one himself. ''They didn't ask. I was oiled up and ready to go!'' he stated.

Related: Mark Wahlberg Admits He Was "Kind Of A D---" To Leonardo DiCaprio

Wahlberg, who also stars in 'Pain and Gain', talked about how he felt comfortable with bodily transformations. He is, in fact, often required to gain large amounts of muscle for certain roles. In an interview about 'Pain and Gain', Wahlberg stated ''I play a bodybuilder in that movie, so I went from doing 'Broken City', where I was 165lb then I got up to 212lb for 'Pain & Gain'.

He continued to say ''I'd prefer to be normal looking, but I'll do whatever the part calls for.''