Mark Wahlberg: 'It Was Amazing To See Boston's Support For Patriots Day Movie'

'Patriots Day' tells the story of the 2013 Boston Marathon bombing and the subsequent terrorist manhunt.

Mark Wahlberg has never been shy about showing his pride for his home city of Boston.

But in 2013 the city endured a terrible tragedy when two bombs exploded during the annual Boston marathon. While April 15, 2013, will always be remembered as a dark day in the city, it also strengthened the Boston community who all came together to support each other. 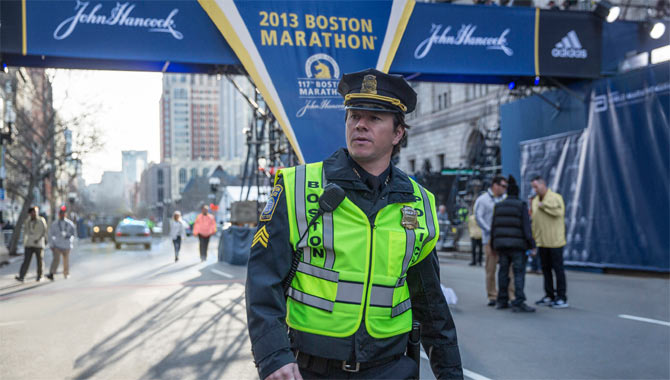 It was that sense of pride and community that the people of Boston wanted Wahlberg to reflect in new movie Patriots Day, which focuses on not just the bombings, but the aftermath of the tragedy.

“It was really amazing to see the support that we got from the community.” Wahlberg, who filmed the movie in Boston, said.

“Just people showing so much love and support, but also reminding me, ‘hey get it right and show them who we are’. Me being so proud to be a Bostonian and seeing how people responded to this horrific tragedy. it was amazing. “

While the movie focuses on a tragic event, the actor wants audiences to leave theatres with a feeling of optimism and knowing that there is still so much good in the world.

“This is a tragic event that spawned so much love and unity and people coming together,” he said.

“I think you cant help but leave this feeling like, well we live in a world where a lot of bad things happen but there’s so much more good and so much more love, and it always made me feel extremely positive and optimistic about the future.”

Watch the trailer for Patriots Day below: