Hollywood star Mark Wahlberg has been cast in 'Partners', which is reportedly similar to the 2005 romantic comedy 'Mr and Mrs. Smith'. 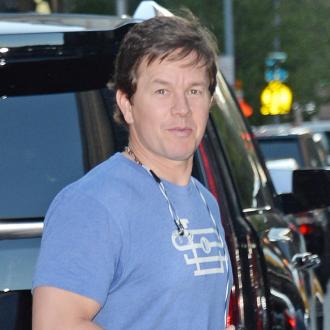 Mark Wahlberg has been cast in a 'Mr and Mrs. Smith'-style new movie.

The 44-year-old actor is to feature in the Evan Turner-scripted comedy-drama, which is said to be similar to the 2005 romantic comedy featuring Brad Pitt and Angelina Jolie, Deadline reports.

Rather than featuring the typical 'bromance' storyline, 'Partners' will see Mark line up alongside a female partner.

The story involves the Hollywood star playing an LAPD detective who falls for a beautiful woman following a one-night stand.

Subsequently, however, it's revealed she is an FBI agent and also his new boss on a high profile case.

This comes shortly after Mark revealed he initially turned down the opportunity to star in 'Ted', admitting the idea for the film about a talking teddy bear sounded ''absurd'' when he first heard about it.

Mark said: ''When you hear about ('Ted') for the first time, it sounds absurd. There's no good way to pitch it. It's ridiculous. So, I was like, 'Absolutely not!' It was one of those things where I was getting pressure from every angle.

''And then, when I talked to another agent about another project that I was producing and looking at one of their clients, they were like, 'I heard you're doing Ted.' I was like, 'What is this thing?'''