Actor Mark Wahlberg admits he turns into a hip-hop fan when he is in New York, but won't listen to the music when his young children are with him. 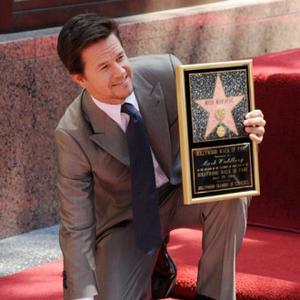 Mark Wahlberg turns into a hip-hop fan when he's in New York.

The actor - who has four children with his wife, model Rhea Durman - admits he likes listening to urban tunes whilst driving around in his car, but only when his kids aren't with him.

He explained to ARTISTdirect.com: "It's weird because in New York, I'll actually listen to a little bit of hip- hop. I don't listen to hip-hop normally; I listen to oldies, classic rock and K-EARTH101 radio station, which is something I couldn't imagine myself listening to, but it relaxes me.

"I'm not really riding around with my kids bumping up the radio. I don't necessarily do it to get into character. If I'm the car, I'll turn on the radio though."

Last month, Mark was honoured with a star on the Hollywood Walk of Fame.

The 39-year-old star was presented with the plaque by his 'Other Guys' co-star Will Ferrell.