Mark Wahlberg Enjoyed The Risks He Took In Deepwater Horizon

In Deepwater Horizon, Mark Wahlberg reteams with his Lone Survivor director Peter Berg for another movie based on a true story of heroism amid tragedy.

The film recounts the real events of April 2010, when the drilling rig Deepwater Horizon exploded into flames, causing the worst oil-spill in US history. "All the images that I saw from the actual event had to do with the environmental disaster, which is horrible," Wahlberg says. "But people lost their lives. I wanted to make sure that we honoured those men and their loved ones. These guys do a very dangerous job. A lot of people aren't aware of what they sacrifice to provide resources for us." 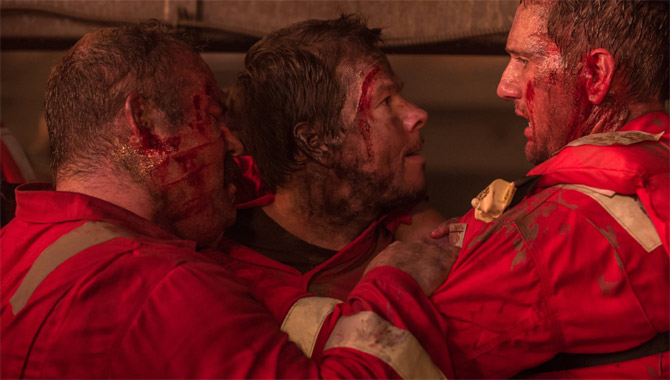 The actor enjoys making these kinds of character-based action films. "In a perfect world, those are the only movies that we make," he says. "But studios need to make the other version of popcorn movies, to finance the other risks that they're willing to take periodically. These are the kind of movies that I'm personally drawn towards."

Wahlberg has a history of playing real people on-screen, and he says the time he spent with Mike Williams making Deepwater Horizon was invaluable. "I don't think I'd have been able to do it without Mike," he says. "I've worked closely with people, certainly Marcus [Lone Survivor] and Mickey [The Fighter], on other movies that I've done. But I had no access to oil rigs. Mike was my eyes and my ears with everything, and he held us to a very high standard."

For his next project, Wahlberg plans to continue shifting around between genres. "I usually enjoy doing things that are the complete opposite of the last thing that I did," he laughs. "I'm shooting Transformers now, which is a tough movie to shoot. It's very demanding physically. But I enjoy doing comedy. We're waiting to see the script for Daddy's Home 2. I loved making Daddy's Home, and I love working with Will Ferrell. We have a great relationship, a great chemistry."

So as he turned 45 this summer, he has been asked if he was serious when he said that he would retire when he turned 50. "I certainly want to slow down," Wahlberg concedes. "I am working at a pretty fast and intense pace. The plan is to focus on the next five years and then figure out what I want to do and what makes the most sense for me and my family."

Watch the trailer for Deepwater Horizon: