Daddy's Home Rekindles The Rivalry Between Wahlberg And Ferrell

Mark Wahlberg and Will Ferrell first teamed up five years ago for The Other Guys, and now they take their verbal rivalry to the next level as a duelling father and stepfather in Daddy's Home.

"We weren't necessarily actively looking to work together again," admits Ferrell. "However, it goes without saying that at the end of that movie, after it was released and the reaction to it, we both were like 'If there's another opportunity, then, for sure.' And this came along." 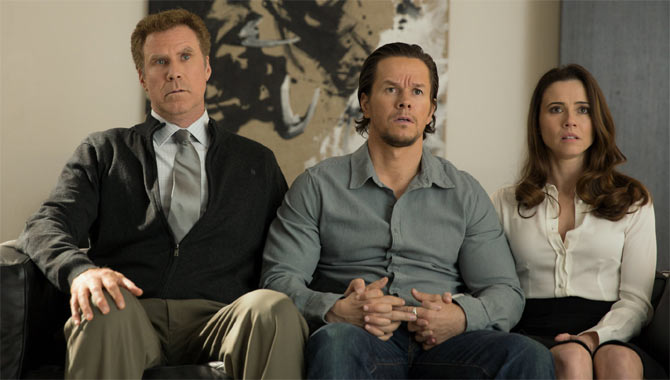 The 48-year-old Ferrell says that their prickly on-screen interaction isn't that difficult to generate. "Mark is one of those people who doesn't ever have to worry about looking or acting cool," he says, rolling his eyes. "He's the man who already has a perfectly faded leather jacket in his closet. And every morning, Mark is already doing a two-hour workout, while I'm still in REM sleep. I'm much more like the straight-laced guy I play in the movie. Well, maybe not that nerdish! I'm perfectly fine with my level of masculinity or lack thereof. But I don't know how to do or fix anything. Mark probably doesn't either, but he could figure it out in a half hour."


And 44-year-old Wahlberg loves sending up his image, including a scene in the film in which he does one-arm pull-ups to show off. "We did many takes from many angles, so I did probably about 700 that day," Wahlberg says, before confessing that he actually had someone helping him out of the camera's view. "They didn't want me to sound like I was giving any effort whatsoever."

He also has great admiration for Ferrell's comical timing. "There aren't too many guys out there like Will who are that uniquely funny and talented," he says. "We love to throw as many curveballs as we can at each other, so that was going to work great for these guys taking their one-upping game to the nth degree."