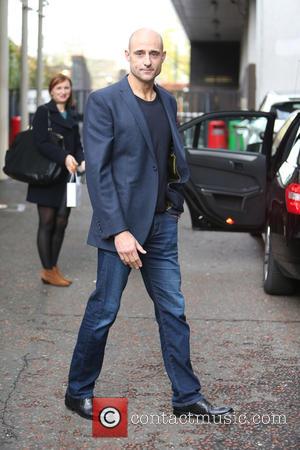 British actor Mark Strong is adamant residents in the English town of Grimsby should not be upset by his new movie's portrayal of the area.

The Kick-Ass star appears alongside Sacha Baron Cohen in upcoming comedy Grimsby, but they have faced opposition from locals who fear the Hollywood film will portray the town in a negative light.

Early footage appeared to show the set strewn with garbage and graffiti, but Strong is adamant the movie treats Grimsby "affectionately".

He tells U.K. Tv show Good Morning Britain, "Grimsby is really affectionately looked at, I mean what it represents is a kind of northern town populated by ne'er-do-wells (idle people) but it does not take a pop at (criticise) Grimsby itself... No no no, it's a lot of fun."

Grimsby is due for release next year (15).