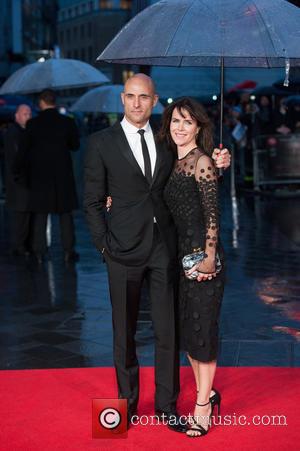 Actor Mark Strong has dismissed reports suggesting he will be playing the villain in the next James Bond movie, insisting a hiking vacation he took with old pal Daniel Craig was behind the latest casting rumours.

The two Brits set off to walk across the Atlas Mountains in Africa recently and when a photograph of the friends hit the Internet, 007 casting speculation quickly followed.

Strong tells Wenn, "Daniel is a very good friend of mine. We've known each other for years and he's a godfather to my eldest child. The reason these rumours came about is because recently we went on a walking tour together in the Atlas Mountains. We took some time off to have some friend time; we hadn't seen each other for ages. Busy schedules mean you can't see each other and don't see your mates for a long time. And we went walking together.

"Someone took a picture and everybody's come to the conclusion I must be the new bad guy in the new Bond movie!"

Strong admits he'd love to be considered for the role because Bond villains are almost as iconic as the superspy, but he feels he might be better suited to playing one of 007's sidekicks after transitioning from playing bad guys to spies on the big screen.

The Kick-Ass 2 star explains, "For some reason I played bad guys for a while, for a few years. I don't quite know what's happened but now it's spies!

"I was a spy in Body of Lies, a film I did with Russell Crowe and Leonardo DiCaprio; he was the head of the Jordanian secret service. In Tinker Tailor Soldier Spy I was a spy. In The Imitation Game, that's coming out with Benedict Cumberbatch, I'm a spy. Secret Service that I'm doing with Michael Caine, Samuel L. Jackson and Colin Firth, I'm another spy. I mean, it's unbelievable. I don't know quite what's happening but there's a whole spy thing going on."