Romance Over For Eva Longoria And Mark Sanchez

By Contributor in Lifestyle / Showbiz on 24 October 2012

Eva Longoria has ditched her romance with New York Jets quarterback Mark Sanchez, according to the New York Post.

The pair have been dating for just four months, but the 25 year-old is reportedly devastated at his split from the Desperate Housewives star.

“Mark says he is really upset about the break-up with Eva” source told the Post. “He is telling friends he tried everything he could to make her happy, and to make things work between them, but they live in very different worlds.” The insider went on to talk about the pair’s conflicting busy schedules; “The problem was Mark is very focused on football, while Eva is a busy businesswoman. She lives in Los Angeles, is doing a lot of philanthropic and political work, and is developing a number of TV shows, including the NBC dating series Ready for Love.”

Continue reading: Romance Over For Eva Longoria And Mark Sanchez

By Lorna Greville  in Lifestyle / Showbiz on 24 October 2012

Has Eva Longoria learnt nothing from 8 years of Desperate Housewives? Dating the muscular gardener 12 years your junior will only lead to heart-ache and pain. Full stop. Okay, so maybe Mark Sanchez is a pro-American Football player rather than a gardener, and yes he's 25 and long out of high-school, but nevertheless, the lesson should still stand. Well perhaps she has learned, the hard way, as Longoria (37) and Sanchez (25) have let the sun set on their relationship after dating for just two months.

Sanchez's representative says the split was amiable. "Mark adores and respects Eva. It really was about scheduling more than anything else. They will remain close friends," apparently. According to the Huffington Post, the different between the two wasn't just limited to scheduling, but also to personal interests. Where Sanchez likes to go out, Longoria is far more focussed on her charitable works, career and most importantly at the moment, her co-chair position in the re-election campaign for Barack Obama.

Longoria has recently had a tattoo dedicated to her ex-husband removed from the back of her neck, and before Sanchez was dating Latino singer Eduardo Cruz, the brother of Penelope Cruz. Although we're sure Eva would probably not relish a relationship as drama-filled as what her character in Desperate Housewives endured, we still hope she finds her real life Carlos. 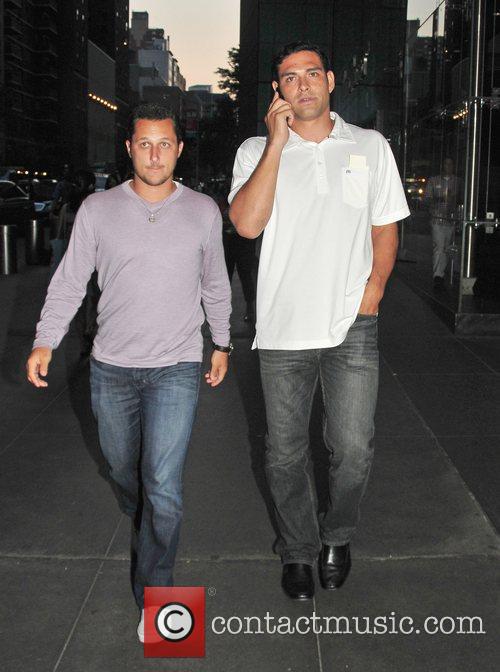