The Hulk cut out of Captain America: Civil War

Mark Ruffalo's Hulk has been cut out of 'Captain America: Civil War'. 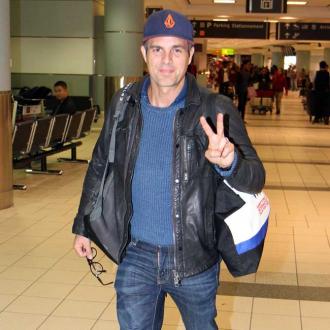 The Hulk has been cut out of 'Captain America: Civil War'.

The iconic comic book character - played by Mark Ruffalo - was originally due to appear in the much-anticipated new Marvel movie, but was ultimately omitted because his comeback story was too big to include.

Mark explained: ''The reason is too great to be revealed in this movie.

''I was in the script but then they removed my character. They don't want to reveal where is he and why. I don't even know if Hulk will be back soon.''

What's more, Mark suggested an entire movie would need to be dedicated to the storyline.

He told BadTaste.it: ''They want to keep the revelation of what happened a secret, because it is something really big.''

The 43-year-old Brit shared: ''He works for the American government. He works in conjunction with the superheroes, and certain agencies that help to tame the superheroes' power, I suppose. So you're not quite sure which side he's on. It looks a little bit like he's playing one game when actually he's playing another.

''It's the kind of character I like because it's ambiguous and because you don't know whether he's good or bad. I like that area that isn't black or white, I like the grays, because I think there's just more fun to be had in not playing one obvious line.''