'The Avengers' On Course For Takings Of $400 Million 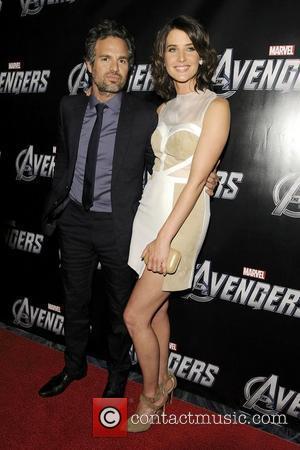 Picture: Mark Ruffalo and Cobie Smulders arrival for the Canadian Premiere of 'The Avengers' at Scotiabank Theatre. Toronto, Canada - 30.04.12

The latest 'Avengers' film was always going to be a commercial success, the anticipation for the Marvel Comic film adaptation at fever pitch in the weeks leading up to its first general releases worldwide. However what's become apparent since the movie opened in the international markets is that Disney and Marvel Studios appear to have a runaway hit on their hands.
According to The Hollywood Reporter the film has made some $218 million worldwide thus far in just six days, with the U.S. yet to open. With the U.S. Box Office set to react well to it to, forecasters are predicting that the film could've earned in the region of $350 to $400 million worldwide by Monday of next week on the basis of the assumption that it'll go upwards of $150 million in North America. It would be a fantastic figure that's only been dwarfed so far this year by 'The Hunger Games' phenomenal $600 million takings.
The film has been successful beyond commercial gains too. It 's been widely reported this week that actor Mark Ruffalo has signed up to appear in an almighty six 'Incredible Hulk' films following his impressive showing as the green monster in 'The Avengers.' Other Marvel film adaptations of note recently include 'Thor,' which grossed $449.3 million worldwide, whilst 'Captain America: First Avenger' took $368.6 million. 'Iron Man' meanwhile earned $585 million. All three of these characters featured in 'The Avengers.'