Ruffalo Announced As Hulk At Comic-con 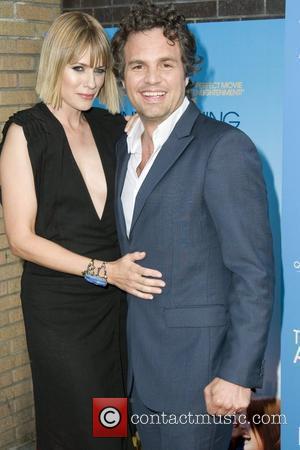 Mark Ruffalo confirmed reports he'll go green and mean as the Hulk as he joined the cast of The Avengers at Comic-Con International on Saturday (24Jul10).
Over 6,000 fans gathered at a Marvel Studios presentation at the San Diego, California comic book convention and just as the discussion was concluding, Samuel L. Jackson appeared onstage to introduce The Avengers cast.
He brought out special guests Clark Gregg, Scarlett Johannson, Chris Hemsworth and Chris Evans.
He then introduced Iron Man Robert Downey Jr., who brought with him the rest of the cast, including Jeremy Renner and Mark Ruffalo as Dr. Bruce Banner - the Hulk's mild-mannered alter-ego.
Ruffalo was tipped for the role in the upcoming superhero movie after studio bosses chose not to continue the franchise with Edward Norton, who played the Hulk in a 2008 film.
The actor said, "It's like Hamlet or Romeo and Juliet - a new actor gets a crack at it every year. But really it's all heady stuff. It's exciting to be here. It's great to be a part of all this."
The Avengers, based on the comic books of the same name, is due in theatres in 2012.
Saturday was also a big day for another comic book franchise at Comic-Con 2010 - Ryan Reynolds, Blake Lively, Peter Sarsgaard and Mark Strong joined director Martin Campbell for a much-anticipated panel discussion about The Green Lantern, and thrilled fans, many of whom had camped overnight for prime seats, by presenting a clip from the film.
Campbell revealed the storyline for the film is set, but Reynolds' Green Lantern costume remains "a work in progress".