Mark Ruffalo looked at how gorillas moved when he was preparing to play The Hulk in 'Marvel Avengers Assemble'. 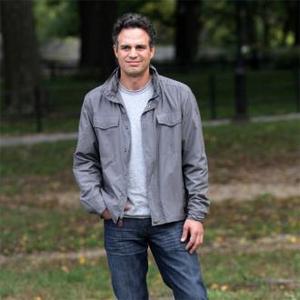 Mark Ruffalo based his performance in 'Marvel Avengers Assemble' on gorillas.

The 'Kids Are All Right' actor portrays Bruce Banner/The Hulk in the forthcoming film, and he admits he watched videos of the great apes so he could mimic their lumbering quality.

Mark was initially worried he would only be an extra character in the film, which also stars Robert Downey Jr. (Iron Man), Chris Hemsworth (Thor) and Chris Evans (Captain America), and made sure to check with the director Joss Whedon before he signed up.

He added to IGN.com: ''It's hard to have this many characters, this many storylines, and have each character start to make an arc. That was my worry - I said, 'Joss, don't put me in there if I'm just going to be standing around. There's no reason to'.

He's like, 'No, no, no, don't worry - everyone's gonna have their voice, and their sort of own little character arc.' And he's really come through on that. He was kind of enough to give me a couple of scenes, where he was heading - and we worked a lot together on The Script.''