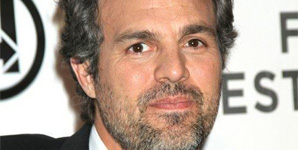 After two movies failed to ignite the fans (2003's Hulk starring Eric Bana and 2008's The incredible Hulk starring Edward Norton), Marvel decided to start over with the character for Avengers Assemble. And casting Oscar-nominated actor Mark Ruffalo ignited a firestorm among the online fan community who saw him as far too serious for the role.

Contactmusic caught up with Ruffalo at the London premiere to find out how he felt about the reaction. "I was overcome by a moment of very poor judgement early on by going online and seeing the response to me stepping in for the new Banner," he says. "I won't do that again! It wasn't glowing. I found the fans' exuberant passion to be very very brutal. So I hope we've amended that with this film."

But the truth is that Ruffalo has loved the character since he was a child. "I was a particular fan of the TV show," he says, referring to the iconic late-70s series starring Bill Bixby. "When I was offered the role, I talked to writer-director Joss Whedon about it. He said he wanted to return to the Bill Bixby kind of world-weary charm of a man who is on the run but still trying take time to live his life and falling in love and having a sense of humour about himself. And I like that. But I also liked the idea that I would be the first actor to play both Banner and the Hulk. That was probably the most exciting thing to me."

On TV, the Hulk was played by bodybuilder Lou Ferrigno, while in the two films he was completely animated. This time, Ruffalo got to perform the role himself in a motion-capture process similar to what Andy Serkis used for Rise of the Planet of the Apes. "Yes, there was the element of wearing a leotard that reduced me to a Chinese checker board, but other than that, it was a very involved process," Ruffalo says. "There were three parts: we did all the motion capture before we shot the movie, we did it while we were shooting the movie and we did it after. It was a very, very intensive process, and I was by myself most of the time, which was lonely. In a leotard!"

While this allowed Ruffalo to bring out the Hulk's personality, it's still rather different from his acclaimed roles in films like You Can Count on Me or The Kids Are All Right. "Avengers Assemble isn't the type film that I've done in the past or that I am usually invited to do," he says, smiling. And indeed, he doesn't look like the other Avengers. "I am in a scruffy linen suit that was bought directly out of a thrift store, and I am looking around the room at these impeccable human specimens feeling like a tool and thinking, 'What am I doing here?'" he laughs. "I felt a strange jealousy as I was looking at their cool outfits and strapping bodies. I was purposely told not to put on muscle for the role, so I was the pipsqueak. I longed to have my cool outfit and be part of the team, but that is exactly how Bruce Banner is feeling as well. But I also love the idea of actually getting to bust out into the big green rage machine!"