The 'Uptown Funk!' star collaborated on many occasions with Winehouse, and was pleased to add his name to the list of patrons.

Mark Ronson has been named as a patron of the Amy Winehouse Foundation at the charitable organisation’s annual gala in London.

The musical partnership between Ronson and the late Amy Winehouse is arguably the most memorable pop couplings in recent memory. The English producer and musician worked on a number of tracks on Winehouse’s 2006 album Back To Black, and they hooked up again for that rendition of ‘Valerie’ for Ronson’s own album Version.

“I've supported it and the work the foundation does from the beginning,” Ronson said at the event, held at the Savoy hotel on Thursday night (October 15th). 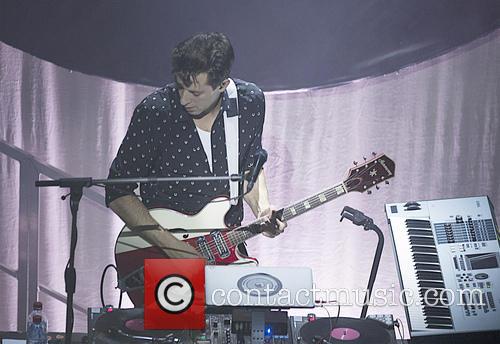 Mark Ronson in concert in 2015

The foundation, set up after Winehouse’s tragic death in July 2011, aims to help disadvantaged youngsters through music. “I was happy to support it as a friend and a fan and as a patron as well, I think the work they do is great and it is great to keep Amy's legacy going,” Ronson added.

The formal-wear event was hosted by actor Christopher Biggins. “I don't know she (Amy) wasn't the biggest fan of black tie events,” the ‘Uptown Funk!’ star admitted. “I think she would be a fan of the fact that young kids are getting musical training and the work that it does she would definitely be a fan of.”

Amy’s father Mitch Winehouse also attended the event. “He is a really good guy and he and Amy had a really special relationship,” he said on the red carpet. “He got Amy, I don't know how they ever got any work done because they were giggling the whole time and it is just a privilege to have him on board as a patron.”

However, he had a few choice words to say about the recent documentary film Amy, which was directed by Asif Kapadia and released in the summer. “We are very disappointed [with the movie], it missed a trick and it was very hurtful for the family.”

He had criticised the movie in the run-up to its release, and pushed unsuccessfully for it to be re-edited. “That's what people just don't understand, they saw that film that came out a few months ago - which to me is abhorrent anyway - there is no sense of the fun of Amy. That was how she got through her problems - by laughing.”

Mitch also seemed to confirm the long-standing rumours that he was putting together a movie of his own, in order to address what he sees as a lack of balance in Kapadia’s documentary. “It is not going to be a revenge attack on Asif Kapadia, we are looking to do something positive and to talk about some of the positive things in Amy's life - like the Foundation, all of Amy's wonderful friends who were ignored in the film, and the other creative work Amy did.”