Mark Ronson And FKA Twigs Are In Competition For A Top Prize At The 2016 Music Producers Guild Awards. 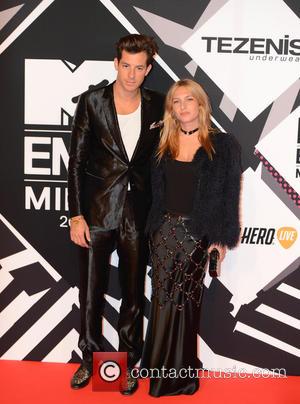 Ronson's record Uptown Special will do battle with FKA Twigs' LP1 for the U.K. Album of the Year title, alongside fellow nominee Royal Blood for their eponymous disc.

He is also up for U.K. Producer of the Year, and he celebrated his appearance on the shortlist on Twitter.com, writing, "Seriously honoured to be nominated for @ukMPG producer of the year and album of the year cause (sic), above all, that's what I am... a UK PRODUCER."

FKA Twigs, real name Tahliah Barnett, received her second nod for Breakthrough Producer of the Year for LP1, while Bjork was named for International Producer of the Year for Vulnicura. She will compete against Swedish producer Max Martin, who has made hits for singers include Britney Spears, Katy Perry and Taylor Swift and is nominated for The Weeknd's Can't Feel My Face.

Other nominees include James Bay's Hold Back The River for U.K. Single Song Release Of The Year, which is up against Ten Tonne Skeleton by Royal Blood and Regret by Everything Everything.

Winners will be announced on 3 February (16) at London's Grosvenor House hotel.