He went to see an early cut of the first trailer with the late Carrie Fisher.

Mark Hamill has for four decades now been a staple of the 'Star Wars' franchise, bringing his role as Luke Skywalker to fans for the first time in 'Episode IV: A New Hope' and still remaining with the series to-date.

This past weekend, 40 years of the property was celebrated at the official Star Wars Celebration in Florida, where Hamill himself got involved with proceedings and helped bring further hype and excitement to the event.

Whilst speaking on the panel, Hamill spoke of a time when he and the late Carrie Fisher - who played Princess-turned-General Leia in the series - snuck into a movie theatre to watch an early trailer for first film in the franchise, 'A New Hope'. 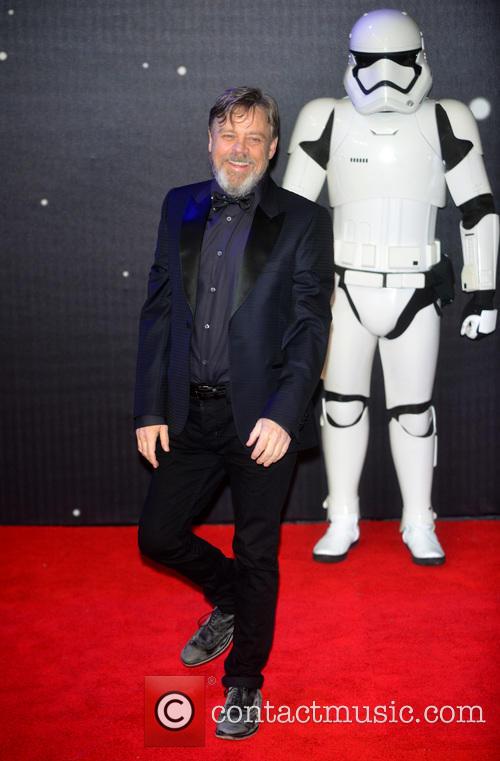 As reported by THR, Hamill recalled: "We went in and we watched it. It was so early they didn't have John Williams' score. They didn't have very many special effects finished at all. A couple of shots of TIE Fighters, I think. It made a real impression on me because we hadn't seen any of the footage.

"At the end of the trailer, it said, 'A billion light years in the making. And it's coming to your galaxy this summer.' Big explosion. And somebody in the balcony yelled out, 'Yeah, and it's coming to the late show about two weeks after that.' Nobody enjoys a well-placed, snarky remark more than I do. So we both laughed, but after we laughed, we kind of went, 'Uh oh.'"

It's funny now to think that anyone could have doubted 'Star Wars' and the success it would go on to see, but of course anybody seeing the trailer at the time would have been completely oblivious as to the impact the pop culture phenomenon would go on to have.

Hamill however can now look back and laugh. After all, the 'Star Wars' property is one of the most recognisable and successful on the planet.

More: Luke Skywalker Could Go Dark Side In 'The Last Jedi'