Mark Hamill: 'Star Wars The Force Awakens' Is About "The New Generation Of Characters"

The actor also revealed he never thought he’d be involved with the franchise again.

Mark Hamill, who will reprise his iconic role as Luke Skywalker in Star Wars: The Force Awakens, has said he was not surprised his character wasn’t included in the movie’s first teaser trailer. Released last month, the just under 90 second teaser didn’t show Hamill as Skywalker as well as fellow original cast members Harrison Ford and Carrie Fisher. 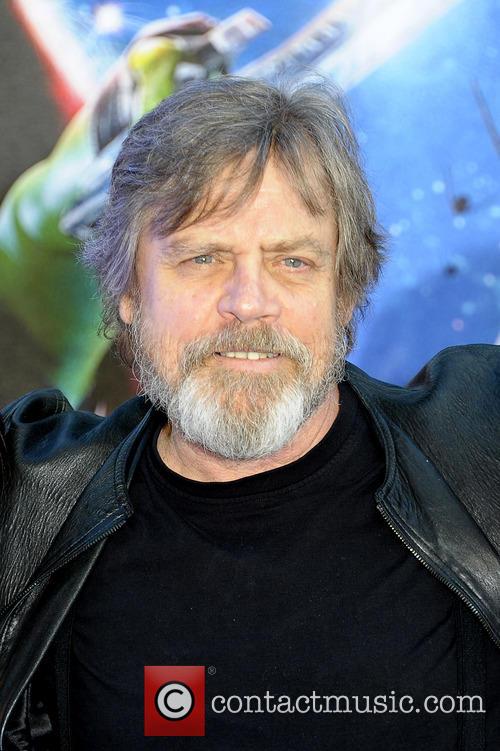 "This is about the new generation of characters; I think that's the most important thing," Hamill told Yahoo! Movies . ”It's the opening act of a whole new approach to the storytelling.”

While the trailer did leave out Skywalker, Hans Solo and Princess Leia, it did give glimpses of three new characters played by John Boyega, Daisy Ridley and Oscar Isaac.

But after over 35 years in the spotlight thanks to Star Wars Hamill certainly doesn't mind the attention focusing on the franchise’s new stars. "I'm one of those people where I just think, 'Keep me out of it. I'll ruin it, I'm sure!' " the actor. joked. "I'll show up and just ruin the whole thing.”

Hamill also revealed that he never imagined he’d be back onscreen as Skywalker again. "I never thought I'd be involved in it again, period," he said. "And then when George [Lucas] said that they wanted to do more, I rightly assumed that it wouldn't be our story, because we had a beginning, a middle and an end,” he said.

The cast of Stars Wars: The Force Awakens during their first reading

“This must be our offspring and the current generation, with us there lending the kind of support that Peter Cushing and Alec Guinness did in the original.”

Hamill was also asked if he never expected to return to Star Wars again because he presumed his old co-star Harrison Ford would definitely not be up for it. “Well, you know, he was someone that was unpredictable. I hadn’t seen him in years; I didn’t know what his feelings were,” Hamill explained.

More: Mark Hamill Set To Reprise Role As Trickster On 'The Flash'

“I know he’s sometimes grown impatient with people that don’t want to focus on what he’s doing currently and want to go stroll down memory lane. God knows, I’m used to that sort of thing. But who knew? And for him to jump back in so enthusiastically, I was delighted. It’s a wonderful character. Everybody loves Han Solo.”

Star Wars: The Force Awakens is scheduled for release on December 18th 2015.